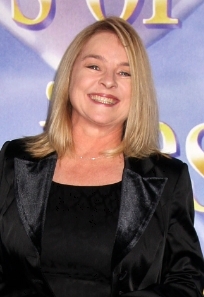 The Bold and the Beautiful:
The fact that Deacon is dating Quinn doesn’t stop Hope from hating her. This is enough to make Deacon wonder what Quinn really wants from him. For her part, Quinn is more concerned with trying to get back into her son’s good graces. Meanwhile, Maya continues to exploit Rick’s insecurities. He winds up confronting Caroline about his feelings. And Ridge keeps some details of his relationship with Caroline a secret from Katie. Check out The Bold and the Beautiful Spoilers to discover what Eric’s plans for the CEO are.

Days of our Lives:
While Will’s article about Chad causes conflict with Sonny, Sami’s family and friends try to convince her that she is in dire straits. As she and Kate get some surprising help, Kristen tries to manipulate Anne into giving her the dirt on Theresa. Across Salem, JJ and Paige go off in search of Jill and Jordan has another ugly encounter with Clyde. Read the Days of our Lives Spoilers to find out why Chad thinks Abby is jealous.

General Hospital:
Nathan continues to search for his sister in Port Charles while Nina steps up her revenge plan. She and Franco compare notes while Dante urges his mom to let Ned know how she feels about him. Meanwhile, Tracy puts ELQ’s future in jeopardy in a bid to save Luke. And Sonny’s scheme hits some serious problems before he succumbs to feelings of guilt. Read Soaps.com’s General Hospital Spoilers to learn what secret Michael has learned.

The Young and the Restless:
Victor asks Phyllis to help him get information that could sink Sharon. Jack tries to keep Victor at bay and spreads the news to Summer and Austin about the radical treatment Phyllis has undergone. Meanwhile, Cane needles Devon about sleeping with his step-mother while Hilary tries to get some distance from a confused Neil. Across Genoa City, Paul arrests Ian and Nikki proceeds to rail at him. He laughs in her face. Visit The Young and the Restless Spoilers and find out what dire diagnosis Michael gets from his doctor.