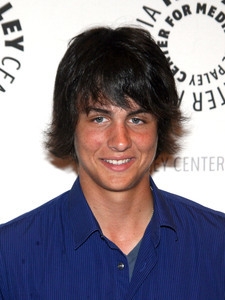 In our latest column, Soaps.com has details surrounding the careers of former soap stars of daytime canceled soaps “Another World,” “As the World Turns,” “Guiding Light,” “One Life to Live” and “Port Charles.”

Another World roundup.
Soaps.com poster w5stone asked after three former “Another World” actors. First up, Tom Eplin… He played Jake McKinnon from 1989 to 1999, crossed over with his character to “As the World Turns” in 2002 then appeared as Chad in the 2007 film “Days of Darkness.” Next, Jensen Buchanan played Marley/Vicky McKinnon from 1993 to 1999. She went on to play Vicky on “As the World Turns” from 1999 to 2001 then appeared on “Port Charles” and “General Hospital” as Melissa Bedford. However, her first daytime role came in 1987 when she played “One Life to Live’s” Sarah Gordon Buchanan until 1990. She was then spotted in primetime on “Everwood” as Roxanne Maxwell in 2002. Last but not least, Paul Michael Valley, played Ryan Harrison from 1991 to 1993. He went on to appear as Caleb on “Guiding Light” from 2006 to 2007. In recent years, he played Luan in the short film “One Last Time” and had a stint as a burly man on “Elementary” in 2012. As of now, there are no future projects for any of these mentioned actors.

Where’s Victoria Wyndham?
Soaps.com Facebook friend Char J. was curious to know what Victoria Wyndham has been up to these days. The actress played Charlotte Bauer on “Guiding Light” in 1967 and 1969 then went on to star as Rachel Davis on “Another World” from 1972 to 1999. On January 2, 2007 she guest-starred on “Law & Order: SVU” as Rita Colino in the episode titled “Scheherazade” and unfortunately hasn’t been seen elsewhere since. Fans may recognize her son Christian Camargo from such series as “Haven” (Wade Crocker), “Dexter” (Rudy Cooper), “The Twilight Saga: Breaking Dawn Part 1 and 2 (Eleazar Denali) and “Guiding Light” (Mark Endicott) to name a few credits.

Colleen Zenk to Blue Bloods.
Be sure to tune in on Friday October 24 at 10:00 PM to see Colleen Zenk (“As the World Turns'” ex-Barbara Ryan) on CBS’ “Blue Bloods.” Look for the actress as Joan in the episode titled “Loose Lips.” The police drama stars Tom Selleck (Frank Reagan) and Donnie Wahlberg (Danny Reagan).

Watch Martha Byrne’s new movie on-demand.
Last August we alerted fans that Martha Byrne (“As the World Turns'” ex-Lily Snyder, “General Hospital’s” ex-Andrea Floyd) had been working on a new movie. “Preying for Mercy” is now available on-demand to buy or rent. The movie follows LAPD Detective Frank Gates (Jayson Gladstone) and his wife Sarah (Byrne) and a buried past consumed with secrets and violence that threatens his new identity created fifteen years prior after a bust gone bad. Watch the trailer below and visit the link via Byrne’s Twitter post to check out the movie today.

You can now purchase #preyingformercy On DEMAND 🙂 http://t.co/DdC02zYqYX Thanks for the support! RT

Matthew Morrison married.
Matthew Morrison (“As the World Turns'” ex-Adam Munson, “Glee”) married Renee Puente on Saturday October 18 in Maui, Hawaii. People reported that the groom wore a Brooks Brothers tuxedo, with the bride dressed in a Gustavo Cadile gown, for the intimate ceremony. Soaps.com sends the couple our best!

Mick Hazen in Forever.
Soaps.com poster simbleg wondered whatever happened to the actor who played “As the World Turns'” Parker Snyder. Mick Hazen just appeared as Devin Bentley in the new ABC series “Forever,” which follows a seemingly immortal New York City medical examiner. The episode titled “The Frustrating Things About Psychopaths” aired on Tuesday October 21 at 10:00 PM. After his daytime Oakdale run from 2006 to 2010, he had a guest appearance as Miles on ABC’s “Black Box” this past May. That series has since been canceled.

What’s been going on with Brian Presley and Erin Hershey Presley?
Soaps.com poster cyberjudy1 wanted us to check in to see what married soap alums Brian Presley and Erin Hershey Presley have been doing. Erin, who played Alison Barrington Kovitch on “Port Charles (2002 to 2003), brought her character back to “General Hospital” in 2013 during the vampire storyline. Throughout the 2000s the actress had roles in primetime (“Will & Grace”) and in made for television movies such as “Marcia Potter Gets a Life.” Brian, who played Jack Ramsey on both “Port Charles” and “General Hospital,” made a comeback and starred in the 2011 film “Touchback” as Scott Murphy, also starring Kurt Russell (“Fast & Furious 7”). The film was a must-see for Presley fans. Watch the trailer below… you just might want to run out and buy the DVD!

David Gregory to NBC.
“One Life to Live’s” Robert Ford set the Llanview scene on fire for three years before the soap ended its ABC run. Now fans can see David Gregory back in primetime on NBC’s new series “Constantine.” The actor will play Eddie in the episode titled “Blessed are the Damned,” as the series follows a dark exorcist/occult detective/con man named John Constantine (Matt Ryan) who tries to protect humanity while struggling with his past sins. Tune in for the premiere on Friday October 24 at 10:00 PM with Gregory to debut during episode seven thereafter. In the last few years, the former daytime star has turned up on “Gossip Girl,” “Deception,” “Elementary,” “Excuse me for Living” and will appear in 2015’s Youthful Daze, along with other soap stars including his “One Life” pals Nik Robuck (ex-James Ford), Brittany Underwood (ex-Langston Wilde) and Trevor St. John (ex-Victor Lord). Speaking of Underwood…

Brittany Underwood snags another primetime gig.
Brittany Underwood has really grown into her own since appearing on “One Life to Live” (2006 to 2012) as the rebellious teen Langston Wilde. Fans will be able to catch the actor/singer guest-starring in tonight’s Wednesday October 22 episode of “The Goldbergs” as Jill Rubin. In the episode titled “Shall we Play a Game,” when Adam (Sean Giambrone) unintentionally gets Barry (Troy Gentile) kicked out of the cool group, he must come up with a plan to get his brother back in. Tune in to ABC at 8:30 PM.

Brandon Routh gets catty for Christmas.
Mark your calendars! Brandon Routh has landed numerous primetime roles since his first acting gig as Seth Anderson on "One Life to Live" in 2001. This Christmas holiday fans will be able to catch the actor in the Hallmark world premiere "The Nine Lives of Christmas," which will be part of the network's annual 'Countdown to Christmas' event. Routh will play a handsome fireman named Zachary Stone, who changes his bachelor ways by adopting a stray cat during the holidays and falling for a beautiful veterinary student named Marilee (Kimberly Sustad, "Witches of East End").

"'The Nine Lives of Christmas' is a perfect fit for Hallmark Channel as it not only brings our viewers a special holiday story but also embraces pet adoption, the foundation of the network's corporate initiative, Pet Project," said Michelle Vicary, Executive Vice President of Programming, Crown Media Family Networks. "As millions have fallen in love with Sheila Roberts' novel The Nine Lives of Christmas, we couldn't be happier to partner with her to bring to life her beloved holiday book into a film that will resonate with our viewers."

Crystal Hunt sentenced to three years' probation.
Back in December 2013 Soaps.com reported former "One Life to Live" (ex-Stacy Morasco) and "Guiding Light" (ex-Lizzie Spaulding) actress Crystal Hunt was arrested on felony assault charges during a bar fight for allegedly throwing a glass at a female. Though Hunt pleaded not guilty, she was sentenced on Friday October 17 to three years' probation, to include forty-five days of service with the California Department of Transportation.

Corbin Bleu engaged.
Corbin Bleu, who played Jeffrey King during the "One Life to Live" online reboot in 2013, is no longer a single guy. People has learned that King went all out with a special proposal outside of Cinderella's Castle at Disney World for girlfriend Sasha Clements. But that's not all… Before the park's fireworks display, King gave Clements the engagement ring in a glass shoe. Now that's what fairytales are made of! Soaps.com sends the couple our very best.

Sean Ringgold cleared of rape charges.
Back in 2013 Sean Ringgold ("One Life to Live's" ex-Shawn Evans) was at the center of a scandal when the woman he met online accused him of a horrendous crime. Now a New Jersey court has cleared him of sexual abuse and rape charges and Ringgold spoke to PIX11 News about what the last year of his life has been like. "If I didn't have the resources, the financial resources, I would have been… I would have been messed up…"

Read about two more soap alums' latest project as Brianna Brown and Van Hansis star in Kiss Me, Kill Me.