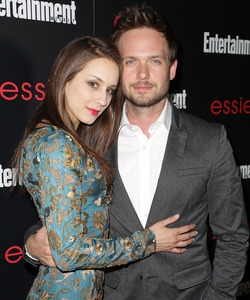 Soaps.com has a special for dog lovers for the week of October 20, as well as renewals and cancellations, CW stars answer burning questions, episode teasers, casting and more in our latest Primetime Dish column…

87th Oscar Awards:
Neil Patrick Harris (“How I met Your Mother”) will host next year’s 87th Oscars. The annual event will air live from the Dolby Theatre in Hollywood, California on Sunday February 22 on ABC and honors achievements in film.

Extant:
Renewed! CBS has green-lighted its series for season two, which will return during the summer of 2015.

Foo Fighters Sonic Highway: Live From The Cubby Bear:
Last week Soaps.com reported details surrounding various Foo Fighters Sonic Highway album release events. As an added bonus at 11:00 PM on October 17, the album release day, the band will hold a concert celebration. The guys will take the stage at midnight and perform their new single “Something From Nothing” for the very first time. Fans can purchase concert tickets through The Cubby Bear or watch the performance streamed live on HBO’s Facebook.

Gotham:
Full-season pickup! Dana Walden and Gary Newman (Chairmen and CEOs of Fox Television Group) announced that the network has ordered six more episodes, which will give season one twenty-two in all.

“‘Gotham’ debuted as one of the most buzzed-about shows of the fall, and with good reason. Bruno Heller and Danny Cannon have created an incredibly rich world, with characters that draw you in and a cast that brings to life these heroes and villains in a way we’ve never seen before,” said Walden and Newman. “We are so excited to see where Bruno, Danny and the entire ‘Gotham’ team take this story over the course of this season, and so thankful to all the fans who have embraced it this fall.”

Grey’s Anatomy:
Read our Grey’s Anatomy Spoilers to find out who takes a look at their marital problems in ABC’s Thursday October 23 8:00 PM episode titled “Bend n Break.” Soaps.com will post the recap after the show airs.

HBO Go Service:
HBO is in the planning stages of launching its Go Service, aimed at those who don’t currently subscribe to the network. Though there are not many details available on the upcoming online streaming service, it is expected to launch in the US sometime in 2015. Stay tuned!

Jane the Virgin:
In the CW’s Monday October 20 9:00 PM episode titled “Chapter Two,” Jane doesn’t want her unexpected pregnancy to take over her life. Xiomara wants Jane to sue the doctor. Michael aligns with Petra, due to his jealousy over Jane and Rafael’s past, and Xiomara wants to keep Jane’s father from her a little while longer. This episode repeats on Friday October 24 at 8:00 PM.

Reckless:
Canceled. CBS has decided against bringing back its freshman legal drama for another season.

Reign:
In the CW's Thursday October 23 9:00 PM episode titled "The Lamb and the Slaughter," Bash and Lord Condé investigate the attack of a shepherd. With Francis' illegitimate child between them, Mary examines her relationship with Lola. Lord Narcisse introduces his new bride, which makes Lola suspicious, and Greer takes control of her future.

Suits:
Troian Bellisario ("Pretty Little Liars") has landed a guest gig opposite her real-life fiancé Patrick J. Adams, who plays Mike Ross on the USA Network series. E! Online has learned that her character will be Mike's ex-girlfriend and will first appear when season four returns in early 2015.

Supernatural:
On October 21 at 9:00 PM the CW will air its episode titled "Soul Survivor." Tuesday episode teasers: Sam works to save Dean from the Mark of Cain, and Crowley looks to Castiel for help regarding the problems Dean's demonic antics are causing. Jensen Ackles (Dean) directed the episode.

The 100:
Season two premiere! In the CW's Wednesday October 22 9:00 PM premiere episode titled "The 48," Clarke tries to make sense of her surroundings. Bellamy, Finn and Raven's fate is unknown. Abby, Kane and the survivors of the Ark are faced with physical and moral dilemmas in their dangerous and beautiful new world. An enemy returns, and Jaha makes a daring decision. Get a glimpse at what's ahead for the new season in the trailer below.

The Good Wife:
Archie Panjabi, who's played Kalinda Sharma since the show premiered in 2009, has decided to leave the CBS series at the end of the season. Fans haven't seen the last of Panjabi, as she's signed on to star in a 20th Century Fox TV pilot for 2015.

The Flash:
On October 21 at 8:00 PM the CW will air the episode titled "Things you Can't Outrun." Tuesday episode teasers: Barry and the team at S.T.A.R. Labs are forced to revisit the night of Ronni's death as they work to capture Kyle Nimbus a.k.a. The Mist. Joe plans to visit Henry (John Wesley Shipp, "One Life to Live's" ex-Eddie Ford) in jail. Kyle wants to punish Joe for arresting him years ago, and Iris and Eddie continue to keep their relationship hidden.

The Great American Dog-A-Thon:
Two paws up to man's best friend! On Thanksgiving night November 27 at 8:00 PM, FOX will air its two-hour special, executively produced by actress and animal advocate Hilary Swank and Michael Levitt. The show will celebrate rescue dogs and the joy they bring to our lives and will include rescue stories, the best viral rescue videos, musical tributes, awards and honoring people who rescue animals in need.

"I have long been an advocate for animal adoption and know first-hand the immense joy a shelter animal brings to our lives," said executive producer and co-host Hilary Swank. "Yet, every year more than four million animals are euthanized because of overcrowding in shelters. We are so fortunate to have an animal advocate in the FOX network that not only sees the need for more awareness surrounding this issue, but is willing to set aside a two-hour block for this important cause. This partnership will change the path of a soul for thousands of animals looking for their forever home."

Countdown is on for The Great American Dog-A-Thon!!! On The @FoxNetwork #Thanksgiving Night #Rescue… http://t.co/9p8qXvk86c

The Originals:
Read The Originals Spoilers to find out why Klaus and Elijah prepare for the worst, who reveals a shocking secret and more in the CW's Monday October 20 8:00 PM episode titled "Every Mother's Son."

For fun, watch these CWestionator videos where the stars of the show answer hot questions.

The Vampire Diaries:
Read The Vampire Diaries Spoilers to learn what Damon and Bonnie discover that could help them find their way home, what stuns Stefan and more in the CW's Thursday October 23 8:00 PM episode titled "Black Hole Sun."

Under the Dome:
Renewed! CBS will bring back its science-fiction drama for season three. New episodes will return in the summer of 2015.

Unforgettable:
Canceled. CBS has decided against bringing its crime drama back for season four.