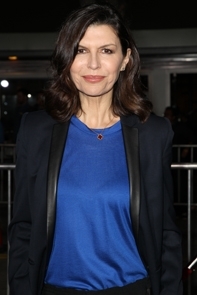 Get up-to-date on everything you need to know about fan events, casting news, and additional projects from all the stars from “The Bold and the Beautiful,” “Days of our Lives,” “General Hospital,” and “The Young and the Restless” in Soaps.com’s regularly updated news rooms.

The Bold and the Beautiful:
A “B&B” actress continues to dance in Italy while another former actor from the show keeps dancing in the US. And it was back in the early 2000s when Samantha Kelly returned to LA and learned the baby she thought had died was actually alive. Do you remember whose death brought back the old memories of her daughter? Comment about that in our Throwback Thursday poll. And see if you share Candace’s thoughts about Deacon and Quinn’s coupling in her weekly blog “B&B” Breakdown, all in Soaps.com’s The Bold and the Beautiful News Room.

Days of our Lives:
Will a former “Days” actor finally return? Maybe, but for sure another fan favorite is coming back to Salem. Someone from the show is recovering from an accident. A few cast members are ready to meet with fans at multiple events, and another is ready to take the stage. And go back to 1998 when Lucas Roberts moved in with Alice Horton for a bit. Do you remember who moved in after he left? Guess now in our Throwback Thursday poll. And see if you agree with Christine that John’s long, drawn-out reveals was soapy goodness in her blog Deconstructing “DOOL”, all in Soaps.com’s Days of our Lives News Room.

General Hospital:
A “GH” actress will appear on a popular Disney Channel show, while one actors’ film was just released on DVD and digital download. A lucky fan will win a walk-on role through an upcoming fundraiser. And let us know your answer to the Throwback Thursday Poll about the time back in 1986 when Anna’s relationship with Duke was tested in Port Charles by his upcoming incarceration. Before he went away, they spent some quality time together in a safe house. Do you remember where it was? Let us know what kind of nurse you think Sabrina is. Then see if you agree with Vi that Silas catching Nina prancing through the halls of General Hospital was a high point in her weekly “GH” Rundown, all in the General Hospital News Room.

The Young and the Restless:
An old “Y&R” pairing is set to appear together again in a new film, while a current pairing will appear on “The Price is Right.” A former actor from the show has a new project. Then go back to the early 1990s in Genoa City when Victoria left town to do a nude photo shoot. The pictures caused quite a stir. Do you remember what she did next? Vote about it in our Throwback Thursday poll, then let us know what you think Avery’s ex’s intentions are. And see if you agree with Candace that Phyllis’ return brought some exciting moments in her Restless Rant, all in The Young and the Restless News Room.