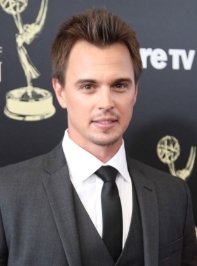 Digging for dirt and throwing mud.

The Bold and the Beautiful:
Ridge encourages Caroline to leave Rick behind. She decides not to work with Ridge anymore and tells Ivy why. Meanwhile, Quinn tries begging Hope to let her be a part of her grandchild’s life. Hope isn’t budging on that though and tells Wyatt so. However, not everything is going Hope’s way. She’s in for a shock when she discovers what Deacon has planned for his future. Check out The Bold and the Beautiful Spoilers to discover what ruins Liam and Ivy’s date.

Days of our Lives:
Salemites are thrown into chaos following the demise of one of its citizens. As Rafe and Abe start the investigation, Chad and Kate hardly know what to do about their plans now. Seeing how miserable Kristen is about the situation, Brady bonds with her a bit while Eric tears into Daniel about his connection with Kristen. And news of Hope’s relationship with Aiden spreads. Julie blows up about it but that’s nothing compared to Ciara’s reaction. Read the Days of our Lives Spoilers to find out what JJ does to Paige.

General Hospital:
In Amsterdam, Tracy makes a bold move to get to the bottom of what’s been going on with Luke. Back in Port Charles, Sabrina confesses to Felix about what she did to Ava as Liz opens up to John Doe about what’s been happening in her life. Meanwhile, Silas confronts Nina about her scheming, but that only pushes her into overdrive. As she drags Rosalie further into her plot, Franco ratchets up his plans to ruin Sonny and Carly. Read Soaps.com’s General Hospital Spoilers to learn how Morgan puts Ava at ease.

The Young and the Restless:
Chelsea and Billy fight over her lingering feelings for Adam and his feelings for Victoria. They try to put it all behind them, but he’s soon by Victoria’s side, crying with her over Delia. Meanwhile, the whole situation continues to cause ripples around Genoa City, especially for Jack and Kelly. As Ashley returns to town, the newly returned Phyllis can’t shake the feeling that something had changed with Jack. Visit The Young and the Restless Spoilers and find out why Victoria is kissing Ben.