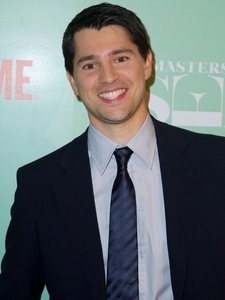 Soaps.com has Foo Fighters week-long special for the week of October 13, as well as a big TNT cancellation, “Twin Peaks” returns, a new CW series premiere, a “Gotham” interview, episode teasers, casting and more in our latest Primetime Dish column…

Arrow:
In the CW’s Wednesday October 15 8:00 PM episode titled “Sara,” another archer arrives in town and starts skewering businessmen. Diggle uncovers the archer’s identity and the team receives help from Laurel. Roy is forced to tell Oliver why Thea left town. As Ray goes after Felicity, in a flashback Oliver sees his best friend as a target.

Boardwalk Empire:
In HBO’s Sunday October 19 9:00 PM episode titled “Friendless Child,” Nucky tries to secure his Atlantic City assets during his fight against Luciano. Willie and Eli find themselves in the middle of the war. Maranzano is doomed. Gillian’s letter is read. Looking back to 1897, Mabel and Nucky have an argument over a young runaway.

Castle:
Tyler Hilton (“Extant,” “One Tree Hill”) will guest-star as Tobias during episode seven titled “Once Upon a Time in the West.” The ABC series airs Mondays at 10:00 PM. Of his upcoming appearance Hilton posted a photo on his Instagram:

Dear mom and dad, Hollywood is everything I hoped it would be. #Castle

Dallas:
Canceled. TNT has canceled Dallas after three seasons, which unfortunately means there will not be a season four.

An official message from TNT regarding the renewal of Dallas: http://t.co/KRqlsnglJV

Patrick Duffy (“B&B’s” ex-Stephen Logan) is hoping another network will pick up the series and tweeted:

I for one am not done with Bobby Ewing! Let's see if some network wants the Ewings to live on! Love you all!!

Devious Maids:
Fans can expect to see more of Sebastien in the Lifetime series’ upcoming season three, which returns in 2015, as Gilles Marini has been upped to a series regular.

Foo Fighters Week on The Late Show:
Don’t miss the Grammy Award winning band as they visit “The Late Show with David Letterman” on Monday October 13 through Friday October 17 at 11:35 PM. Throughout the week the band and special guests will perform songs that helped create their newest album, Sonic Highways. Letterman will interview frontman Dave Grohl on October 13. Also tune in to HBO at 11:00 PM on October 17 for the premiere of the eight-part series “Foo Fighters: Sonic Highways,” which chronicles the making of the album, set to be released November 10. Watch a trailer of the HBO special below:

Gotham:
Interview! Soaps.com sat in on a conference call with Robin Lord Taylor, who plays Oswald Cobblepot. Though the actor went into the audition blindly, in regards to how the process all came together Taylor shared, “It was amazing, and then when I read the script, it all just came together in such a brilliant way. The pilot script was one of the best ones that I’ve ever read. In terms of what I really responded to was the fact that this character, though, from all I’d ever seen, these larger than life, incredible performances of the character by Burgess Meredith and Danny DeVito, but what was brought to the page was just this humanity and the fact that we’re actually trying to bring some real human pathos to this fantastic character and this fantastic world. That was immediately what I just keyed into.”

In casting news… Nicholas D’Agosto (“Masters of Sex”) will turn up in a recurring role of a district attorney named Harvey Dent. If the series is a hit, D’Agosto could return for season two. Tune in Mondays at 8:00 PM on FOX.

Thank you to @FOXTV. Can't wait to get off this plane in #NewYorkCity and get started on @Gotham. #NeverThisComfy pic.twitter.com/SAgCMPiq7K

Grey’s Anatomy:
Read our Grey’s Anatomy Spoilers to find out who makes an unexpected announcement in ABC’s Thursday October 16 8:00 PM episode titled “Only Mama Knows.” Soaps.com will post the recap after the show airs.

Jane the Virgin:
Series premiere! In the CW’s Monday October 13 9:00 PM series premiere episode titled “Chapter one,” Jane Villanueva has plans to become a teacher, a dream to become a writer and works at a hot new Miami hotel. She’s had an unrealistic view of romance, due to her mother and grandmother, and her fiancé respects her decision to ‘save herself’ until marriage. However, her life is turned upside-down after a routine check-up leads to an accidental artificial insemination meant for someone else. This episode will repeat on Friday October 17 at 8:00 PM.

New Girl:
TVLine has learned that Julian Morris (“Once Upon a Time,” “Pretty Little Liars”) has been cast to play a new science teacher named Ryan. But that’s not all, he’ll also become a potential love interest for the school’s vice principal, Jess (Zooey Deschanel). Tune in to FOX to see how it all unfolds at 9:00 PM on Tuesday October 14. Also, Lisa Bonet (“The Cosby Show”) will guest in an upcoming episode as an education guru in scenes when Ryan (Morris), Jess and Coach (Damon Wayans Jr.) attend a teachers’ conference.

Reign:
In the CW's Thursday October 16 9:00 PM episode titled "Coronation," Mary tries to help the people in a state of famine and unrest. Francis suspects that his dead father is haunting him as revenge for his murder. Catherine makes unnecessary and lavish preparations for a coronation ceremony, and Bash is forced to face reality.

Revenge:
Read Soaps.com's Revenge Spoilers to find out who is shaken by an unexpected occurrence in ABC's Sunday October 19 10:00 PM episode titled "Meteor."

Sons of Anarchy:
In FX's Tuesday October 14 10:00 PM episode titled "Smoke 'em if you got 'em," Jax plans to protect the MC, settle a score and takes advantage of shifting alliances.

Supernatural:
On October 14 at 9:00 PM the CW will air its episode titled "Reichenbach." Tuesday episode teasers: Dean's escalating aggression is a side effect of being a demon. Cole captures and tortures Sam in the name of revenge, and Hannah notices how weak Castiel is becoming and asks Metatron for help.

The 100:
Adina Porter ("The Newsroom," "True Blood") will make her way to the CW for season two of its post-apocalyptic drama. Look for the actress as Indra, a Grounder warrior, when the series returns at 9:00 PM on Wednesday October 22.

The Flash:
On October 14 at 8:00 PM the CW will air the episode titled "Fastest man Alive." Tuesday episode teasers: Barry and Iris attend a university gathering honoring scientist Simon Stagg, where he's forced to change into 'The Flash' to stop six gunmen. As Joe has it out with Barry for taking the law into his own hands, Iris becomes intrigued by the 'red streak'. This episode will repeat on Wednesday October 15 at 9:00 PM.

The Originals:
Read The Originals Spoilers to find out what advice Klaus gives Hayley, who ends up in a dangerous situation and more in the CW's Monday October 13 8:00 PM episode titled "Alive and Kicking."

The Vampire Diaries:
Read The Vampire Diaries Spoilers to learn why Elena wants to meet up with Caroline, who Tyler asks for a favor and more in the CW's Thursday October 16 8:00 PM episode titled "Welcome to Paradise."

The Walking Dead:
Renewed! AMC has green-lighted its series for season six. Season five returns on Sunday October 12 at 9:00 PM with the episode titled "No Sanctuary," where Rick and others find themselves in a predicament, and the Terminans' true motives are revealed.

Twin Peaks:
25 years later… Rather than a reboot, Showtime will feature a nine-episode present day extension of the drama series that premiered back on April 8, 1990 and will reflect on storylines from its last season (two). Creators David Lynch and Mark Frost will collaborate on the script and announced the news on Monday October 6. Watch the network's announcement below and stay tuned to the 2016 event:

‘Project Runway’ Preview: Darren Questions If He Belongs On The Show After ‘Flopping So Hard’