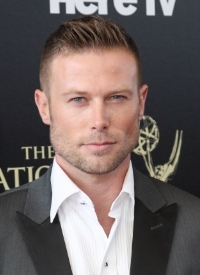 A rough week throws some together and leaves others baffled about what to do next.

The Bold and the Beautiful:
Rick worries to Eric after walking in on some intimate drawing taking place between Ridge and Caroline. Maya continues to fuel Rick’s paranoia about it. Meanwhile, Quinn gets threatening to Hope after she hears that the blond wants to keep her out of her baby’s life. Hope tattles to Wyatt while John interrogates Liam about his plans for Ivy. And Deacon makes a move that no one sees coming. Check out The Bold and the Beautiful Spoilers to discover why Katie is confiding in Donna.

Days of our Lives:
EJ’s week goes downhill fast after his father turns his back on him. This leads to a fight with his brother and a confrontation with Clyde. Elvis isn’t the only person to have a loopy week. Theresa and Kristen are both perplexed by John’s sudden announcement. Across Salem, Jenn sends Julie after Eve while Will is startled by how much Chad hates EJ. That’s not enough to throw Chad off from his plans of seducing Jordan though. Read the Days of our Lives Spoilers to find out what offer Clyde makes Ben.

General Hospital:
While Liz digs for clues about who her John Doe is, Franco confronts Sonny and demands an apology. This leads to the mobster accelerating his plans to get rid of Franco. Meanwhile, things are changing fast for Sam and Patrick, especially after Silas is thrown back in the mix. Across Port Charles, Maxie and Nathan remain conflicted about their possible relationship. And Sabrina starts to have doubts about her plot against Ava. Read Soaps.com’s General Hospital Spoilers to learn whose date Alexis ruins.

The Young and the Restless:
While Nick and Sharon tie the knot, Victoria goes into labor so Abby rushes her off to the hospital. Mariah cringes as the ceremony goes on. Across Genoa City, Phyllis is arrested for assault, but she doesn’t let that stop her from heading to the wedding. She arrives just as the ceremony winds down and leaves all of the guests in shock. After collapsing and throwing the whole thing into turmoil, she comes to and has something to tell Jack. Visit The Young and the Restless Spoilers and find out what Mariah confronts Sharon about.