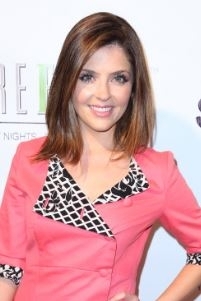 Cast favorites from “The Bold and the Beautiful,” “Days of our Lives,” “General Hospital,” and “The Young and the Restless” take on new roles, try out different skills and welcome new people to the set. Read all the latest in Soaps.com’s regularly updated news rooms.

The Bold and the Beautiful:
An ex “B&B” actor is putting on his dancing shoes, while an upcoming guest star got some acting tips. And it was back in 1999 when Stephanie Forrester choked Brooke Logan over her involvement with Thorne. Thorne proposed to Brooke anyway, sending Stephanie into a stroke. Do you remember what she did to Brooke while she was hospitalized? Vote about that in our Throwback Thursday poll, then vote about whether Katie should have spilled the beans to Rick about Ridge’s secret. Did you love Ivy and Hope’s confrontation as much as Candace did in her weekly blog “B&B” Breakdown? Get it all in Soaps.com’s The Bold and the Beautiful News Room.

Days of our Lives:
A “Days” actress is scheduled to show off her singing voice this winter. And go back to 1993 when Vivian Alamain made it look like Carly Manning tried to kill her. Do you remember what she made it look like Carly did? Vote now in our Throwback Thursday poll, then vote about your favorite young couple over the years in Salem. And see if you liked Sami and Nicole’s spat as much as Christine did in her blog Deconstructing “DOOL,” all in Soaps.com’s Days of our Lives News Room.

General Hospital:
An actress whose character is normally seen around Port Charles announced a new side project, while a big casting announcement was made regarding Stone Cold. Fans have a chance to see their favorite “GH” stars live. Then vote in the Throwback Thursday Poll about the time back in 1983 when Edward’s illegitimate son Jimmy Lee wanted the Quartermaines to throw him a party. Do you remember why? And see if you agree with Vi that Alexis needs a love life, even if it isn’t with Julian, in her weekly “GH” Rundown, all in the General Hospital News Room.

The Young and the Restless:
A fan favorite’s return approaches, while an actor playing one of Genoa City’s finest joins a primetime show. A former “Y&R” actress passed away. Then go back to 1995 when Phyllis Summers’ parents came to Genoa City right after she had her hit and run with Paul and Christine. Do you remember what their names were? Vote about it in our Throwback Thursday poll. And see if you agree with Candace in her Restless Rant that it’s great Ashley is back, if only to keep Abby in check, all in The Young and the Restless News Room. 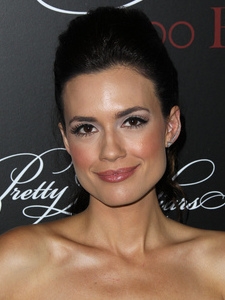 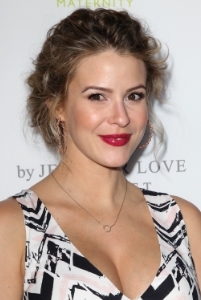