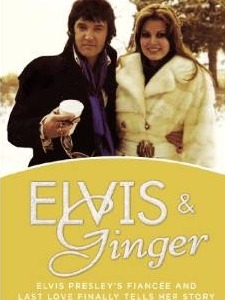 In our latest column, Soaps.com has details for some upcoming projects for former soap stars of daytime cancelled soaps “All my Children,” “As the World Turns,” “Capital,” “Guiding Light,” “One Life to Live” and “Passions.”

A Hallmark movie, an Amazon series, baby news, a tribute to Elvis, a popular dance competition, a passing, primetime roles and more…

Lindsay Hartley and Morgan Fairchild star in Perfect on Paper.
Lindsay Hartley is known to daytime fans for her roles as “All my Children’s” ex-Cara Castillo, “Days of our Lives'” ex-Arianna Hernandez and “Passions'” ex-Theresa Lopez-Fitzgerald. On Saturday September 20 at 9:00 PM the actress will star in the Hallmark Channel original movie “Perfect on Paper,” alongside former “The Bold and the Beautiful” actress Morgan Fairchild (ex-Dorothy). The story surrounds a book editor named Natalie (Hartley) who moves to Los Angeles to edit a famous author’s (Fairchild) romance novel. However, while trying to deal with her diva client, she comes across two very different men, who prove the best romantic choice is not always the one who looks good ‘on paper’. Drew Fuller (“Army Wives”) also stars. Watch a preview below…

I wanna dance to this version of it on @DancingABC don't know if there's enough dirty dirty in it for @Allisonholker http://t.co/Gczl2kWRWa

Joan Rivers passes away at 81.
Soaps.com sends the friends, family and daughter of actress, writer, producer and comedian Joan Rivers our deepest condolences. The industry icon and daytime Emmy winner passed away at 1:17 PM on Thursday September 4 after complications resulting from throat surgery in Manhattan on August 28. Aside from her numerous credits and most recent hosting gig on “Fashion Police,” she appeared in a guest role in 1997 on “Another World” as Meredith Dunston.

Ginger Alden goes public about her love affair with Elvis Presley.
Fans of the 1980s soap "Capital" may remember Ginger Alden for her role as Meredith Ross in 1986. However, what fans may not have known is that she was also engaged to The King, Elvis Presley - and is claiming to be at the time of his death. On September 2 Berkley Hardcover published Alden's book, Elvis and Ginger: Elvis Presley's Fiancée and Last Love Finally Tells Her Story. The former actress starts off by saying, "Elvis, you and I know the truth and unfortunately you're not here to set the record straight. With this book, I will try to..." then details their romance with events leading from their first kiss to his marriage proposal. There have been mixed reactions concerning Alden's recollections, but we invite you to be the judge by checking it out online or at a bookstore near you.

Matt Bomer gets freaky.
Matt Bomer, who played "Guiding Light's" Ben Reade from 2002 to 2003 and "All my Children's" Ian Kipling in 2000, will be heading to FX. Though his role is being kept under wraps, Bomer will appear in at least one episode of the upcoming fourth "Horror Story" installment, "American Horror Story: Freak Show." Mark your calendar for its 10:00 PM Wednesday October 8 premiere. Over the years, Bomer has held regular roles on such shows as "True Calling," "Traveler," "Chuck," "White Collar" and is currently working on "Magic Mike XXL" and "Monty Cliff." Watch the video below where the actor, with the help of his sons, completed the ALS Ice Bucket Challenge.

Josh Casaubon to star in Down Dog.
Amazon's online shows have become very popular and its latest comedy pilot has just cast a former "One Life to Live" actor as its lead. Josh Casaubon (ex-Hugh Hughes, 2005 to 2006) will play the starring role as Logan in "Down Dog," which surrounds a laid back, sexy surfer (Casaubon) who has to fall into a routine when he is forced to run his ex's (Paget Brewster, "Criminal Minds") yoga studio. As of yet there is no word when the series will be released.

Elisabeth Röhm, Los Angeles' newest District Attorney.
Elisabeth Röhm, who began her acting career playing Dorothy Hayes on "One Life to Live" from 1997 to 1998, is heading back to primetime. CBS' new series "Stalker" will have Röhm appearing as Amanda, a single mom and Los Angeles Deputy District Attorney working with the Threat Assessment Unit. Dylan McDermott ("Hostages," "The Practice") and Maggie Q ("Nikita") also star. Look for the series to premiere at 10:00 PM on Wednesday October 1. Over the years, Röhm has had longterm roles on such series as "Beauty and the Beast," "The Client List," "Heroes," "Law & Order," "Angel" and "Bull."

Jesse Metcalfe guests on 2 Broke Girls.
He currently plays Christopher Ewing on TNT's "Dallas" and appeared as Miguel Lopez-Fitzgerald on "Passions" from 1999 to 2004. Fans of Jesse Metcalfe will soon have another place to catch the hot Hollywood star, as he's booked a guest-starring role on the CBS comedy "2 Broke Girls." Look for him in scenes with Kat Dennings, whose character Max doesn't even know her new booty call's name (Metcalfe). Though his air date is unknown, season four will return at 8:00 PM on Monday October 27. Metcalfe also had regular roles on "Desperate Housewives" and "Chase" since leaving daytime behind.

Great time on the set of @CBS's #TwoBrokeGirls! Unbelievably talented cast and crew! Thanks for being so cool and ki… http://t.co/MdwioJqdNi