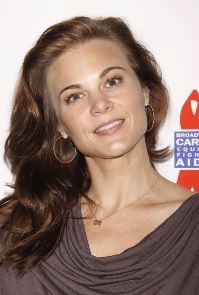 The Bold and the Beautiful:
Deacon is eager for an answer from Brooke but she’s not the only one under pressure. Rick puts pressure on Katie to push Ridge into working faster. It’s left to Caroline to help him start drawing again. That could be for naught though since Katie decides to reveal his secret. Meanwhile, Ivy tells Ally some secrets of her own. Hope manages to overhear this and confronts her. Check out The Bold and the Beautiful Spoilers to discover what Ivy has planned for her barbecue.

Days of our Lives:
Kristen’s latest maneuver leaves the people of Salem stunned once again. With things looking grim for John, Marlena is forced to make a hard choice. Meanwhile, Theresa is thrilled when Brady kisses her, but that feeling soon sinks when she has to face a threat from Kristen. Across town, Sami and Nicole get into a brawl before Sami heads home to have another fight with EJ. And Aiden decides to throw himself at Hope. Read the Days of our Lives Spoilers to find out how Abby tries to work things out with Ben.

General Hospital:
Kiki hears more than she wanted to, both from Carly and from Silas. Meanwhile, Nina drives ahead with her plan to have a baby with the doctor. Across Port Charles, Sabrina remains in shock following the latest revelations regarding her crash. Peter’s (Levi) dangerous mystery accomplice is revealed. And Spencer plots to break up Cameron and Emma with the help of Josslyn. Read Soaps.com’s General Hospital Spoilers to find out why Britt is questioning the identity of Nathan’s father.

The Young and the Restless:
Victor goes down to Georgia to see Phyllis. When she wakes up, he promises to take her back to Genoa City. Back in town, Ian corners Nikki with a syringe. Dylan shows up just in time. Pretty soon, Dylan’s disposing of bloody laundry. Meanwhile, Neil tells Hilary he wants to get back to his job. He’s not the only one. Ashley seems keen to get back to work at Jabot. She asks Jack to make her co-CEO again. Visit The Young and the Restless Spoilers and find out who kissed Abby.