Starting this Sunday April 12, Soaps.com will have its own column in the Toronto Sun called Soap Box, which can be found in the TV Magazine section of the subscriber’s newspaper!

We’ll be bringing the newspaper’s readers a short summary of what took place that week in all eight soap operas including All My Children, As The World Turns, The Bold and the Beautiful, Days of Our Lives, General Hospital, Guiding Light, One Life to Live and The Young and the Restless! However, that’s not all… We’ll also be including a teaser look into the following week for each soap!

First published in 1971, the Toronto Sun is read daily in numerous homes in and about the Toronto, and the greater Toronto area, as well as those who have a subscription nationally.

In addition to our new column in the Toronto Sun, you can catch Christine Fix, our very own Editor-in-Chief each Friday, as a guest of the drive home show, The Shaun Proulx Show, bringing spoilers and casting news to the listeners. You can hear that between 3 and 7 Fridays, on 103.9FM for those Torontonians, or listen online at The Shaun Proulx Show, for all you out of towners. June marks her two year anniversary, providing spoilers for the show!

Soaps.com is very excited to be partnering with the Toronto Sun! Christine sends special thanks to Shaun for help with the name of the column!

For our readers who are subscribers to the newspaper, be sure to check us out in the paper, every Sunday, and be certain to listen weekdays, especially on Fridays, to the Shaun Proulx Show! 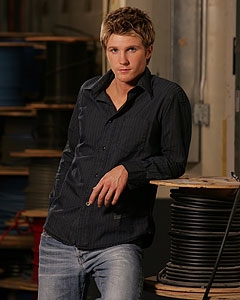