Retro TV To Air The Doctors 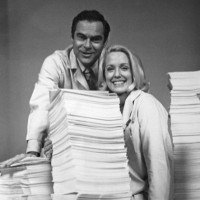 Starting today, fans can watch episodes of “The Doctors” in the evening as well, as the network will also air past episodes weeknights at 9:00 PM.

The soap will begin airing twice a day with back to back episodes beginning at 12:00 PM on Monday September 29.

Retro TV shared this video preview for their upcoming re-airing of the daytime soap. Stay tuned for the premiere date.

Reruns will begin with episodes from the 1967 season, the first of which were produced in color. Though no premiere date has been released, as of now there are plans to air back to back episodes in the afternoon Monday through Friday. Stay tuned for more details as they come.

"The Doctors," an NBC soap opera that aired from April 1, 1963 to December 31, 1982, will return to television on Retro TV later this year. Luken Communications' Vice President of Production Matthew Golden stated, "'The Doctors' is one of the greatest examples of the soap opera format in its prime, loved by critics and audiences alike. We're thrilled to return this classic series to the air, and bring its exciting, engaging storylines back to our audience's daily lives."

Stay tuned for more details as the staff of Hope Memorial Hospital and the town of Madison make its way back into the homes of many. Visit My Retro TV to see if your area's provider carries the channel and visit Soaps.com's Soap Opera History: The Doctors for storyline refreshers, stars of the show and trivia.