Seed:
In the CW's Monday July 21 9:00 PM episode titled "Zygote Problems," Both of Billy's moms receive help from Harry, who squares off with Rose over their potential child. And Jonathan and Janet worry their daughter Anastasia may be failing French.

Supernatural:
On Tuesday July 22 at 9:00 PM the CW will air a repeat of its February 4 episode titled "The Purge."

The Flash:
Robbie Amell, who played Stephen Jameson on the recently canceled show "The Tomorrow People," is heading back to the CW. Amell will appear in the recurring role of Ronnie Raymond/Firestorm starting in episode three of the new series. Tune in for its premiere at 8:00 PM on Tuesday October 7.

Booking #Firestorm on #TheFlash has made me adjust my vacation habits. Superhero workout 2 ? http://t.co/2Tv2KNthR6

The Originals:
The CW will air a repeat of its December 3, 2013 episode titled "Reigning Pain In New Orleans" on Thursday July 24 at 9:00 PM.

The Vampire Diaries:
On Thursday July 24 at 8:00 PM the CW will air a repeat of its February 6 episode titled "Total Eclipse Of The Heart." Also, read our The Vampire Diaries Spoilers to hear about the new characters coming to Mystic Falls.

Under The Dome:
In CBS' Monday July 21 10:00 PM episode titled "Revelation," Big Jim and Rebecca debate whether to take extreme measures to deal with the population control. A wedge is driven between Julia and Barbie, and parts of Melanie's past, as well as her connection to the Dome, become apparent.

Unforgettable:
In CBS' Sunday July 27 10:00 PM episode titled "A Moveable Feast," Al and Carrie search for the connection between a murdered coast guard officer, a celebrity chef and a missing block of C-4.

Witches Of East End:
In Lifetime's Sunday July 20 9:00 PM episode titled "Old Man And The Key," Ingrid makes plans to move out of her family's home. Freya locates Killian. Dash plans revenge after he uncovers the identity of his blackmailer, and Wendy and Joanna track Frederick in order to be sure of his motives. 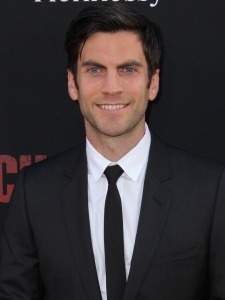 Soaps.com has some exciting casting notes for the week of July 21, as well as details surrounding various upcoming season premieres, episode teasers and more in our latest Primetime Dish column…

American Horror Story: Freak Show:
Wes Bentley (“The Hunger Games”) has been cast in season four of the FX series as Eddie, who’ll be out for revenge, and will appear during the two-part Halloween special. TVLine is reporting that the episodes will tentatively air on October 21 and 28.

Backpackers:
It’s all about blackmail and cougars in the CW’s July 21 9:30 PM episode titled “A-MILF-ey Coast.” Monday episode teasers: Ryan and Brandon approach Beth’s family to ask for her travel itinerary. Her younger brother Ryan demands some topless photos in exchange for the information. Isabella Cucinota, Brandon’s childhood dream girl, is spotted on the Amalfi Coast, and Brandon accepts her invitation to go back to her place.

Elementary:
Lucy Liu, who plays Dr. Joan Watson, will be stepping behind the scenes to direct an episode during the show’s upcoming season three, which returns at 10:00 PM on October 30. This will be Liu’s second directing gig with the CBS series.

Working w one of my favorites -Jon Michael Hill in the precinct. Day2! elementary_cbs http://t.co/VBgQJ5XCdb

Glee:
Though the original order was to be twenty-two episodes, the FOX series’ sixth and final season will consists of thirteen consecutive weekly episodes and will premiere come mid-season.

Grey’s Anatomy:
Premiere date! Read our Grey’s Anatomy Spoilers to find out when the ABC series returns with season eleven.

Major Crimes:
Ryan Kennedy (“Defiance”) will appear in the guest-starring role as Captain Sharon Raydor’s (Mary McDonnell) son Ricky Raydor. Look for him in the ninth episode of the TNT series’ season three, airing in August, Mondays at 9:00 PM.

Mistresses:
In ABC’s Monday July 21 10:01 PM episode titled “An Affair To Surrender,” Savi gets help saying goodbye to her adored home. April now understands how being a mistress could affect her role as a mother. Joss meets a celebrity supermodel and finds a way to prevent Harry from going back to Australia, and Karen has to deal with an issue surrounding her lover and her client. 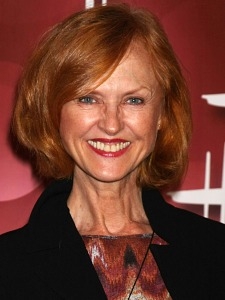 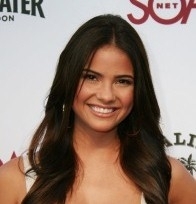