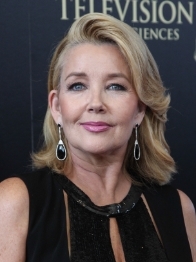 Plotting and some probing questions.

Some people learn more than they actually want to know.

The Bold And The Beautiful:
After Liam is left injured at the beach house, he panics and tells Hope that it was all because of Quinn. Wyatt can hardly believe it when he hears this. He’s not the only one having a hard time. Katie finds it difficult to make Ridge want to get romantic. He keeps having disturbing flashbacks of his accident. Meanwhile, Justin and Bill continue to worry that Ridge will recall what they did to him. Check out The Bold And The Beautiful Spoilers to find out what happens when Brooke and Deacon face off.

Days of our Lives:
EJ’s wedding to Sami begins but it ends in a way that he was not expecting. It’s not the only ceremony to be ruined. JJ’s graduation goes downhill when Eve lays a lawsuit on his mother. Eve gets even more dirt on her old rival thanks to Theresa. Across Salem, it finally becomes clear what Jordan and Ben have been keeping a secret for so long. And Hope has some questions for Aiden about his dead wife. Read the Days of our Lives Spoilers to find out who makes a pass at Brady.

General Hospital:
Sonny is not happy to discover that Ava has moved her mother into his house. Meanwhile, Nathan isn’t happy that he may have to arrest Maxie and Levi thanks to their protest at the renovation site. Across Port Charles, Sam and Patrick finally discover who was actually driving the car. Rafe has more than that to worry about though. He owes his drug dealer money and learns more about Nina than is safe for him to know. Read Soaps.com’s General Hospital Spoilers to find out who teams up with Britt to help her win Nikolas back.

The Young And The Restless:
Hilary doesn’t waste time as she moves from marrying Neil to lusting after Devon. She does her best to fight her feelings, but the citizens of Genoa City are not great at that. Nikki and Christine get into a heated argument. This leaves Paul with plenty of questions that Nikki may not want to answer. Meanwhile, Jack realizes there is a connection between Kelly and Stitch, but it looks like Victoria will be the one to beat him to confronting them. Visit The Young and The Restless Spoilers and find out who is plotting against Nikki now.