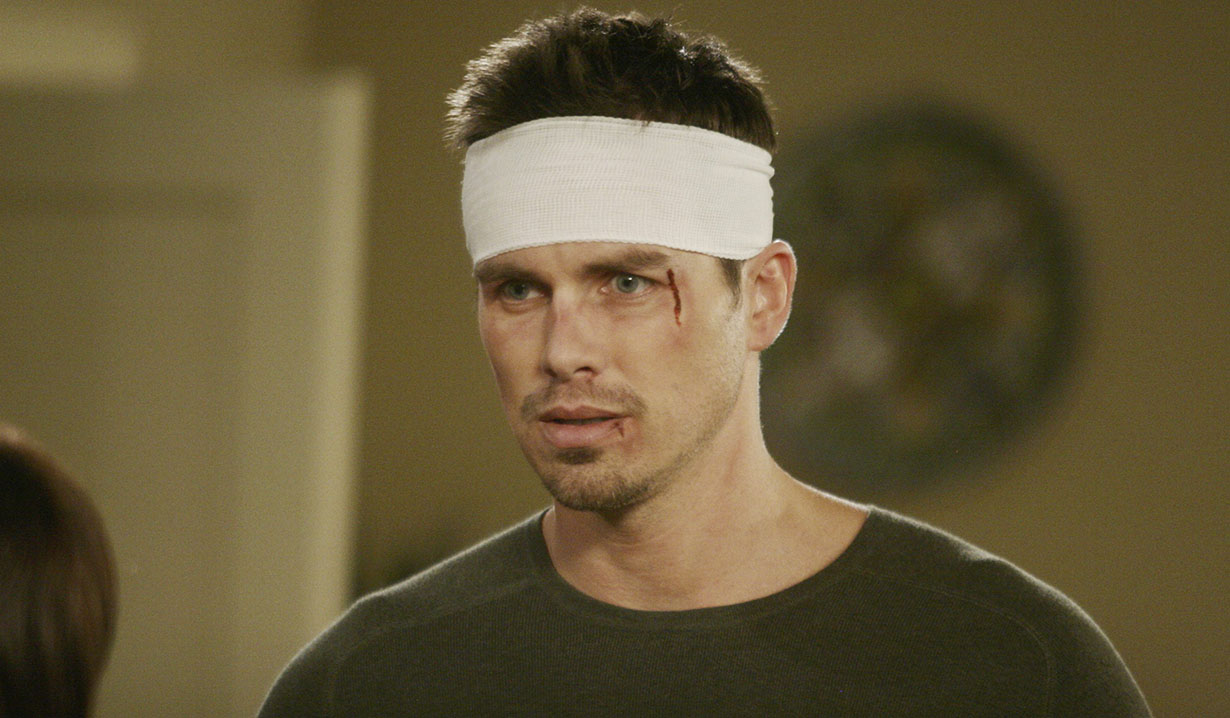 Soap opera rapid aging syndrome (SORAS) generally happens in soap operas when a child or teenage character’s age is accelerated 10 or more years though no real-world time has passed. This happens when showrunners feel that a character is needed for a specific storyline. A Soaps.com’s reader asked us what exact age a few characters should be.

Karen M asks, “Can you provide the age each character is suppose to be portraying? I’m confused on a few, particularly Patrick, who is Mimi’s older brother. I know Mimi and Shawn are the same age category (19 to 22?), so I’m guessing Patrick is at best maybe 10 years older (?) than Mimi (making him maybe 32?), but he is involved with Hope (Shawns mother), and I’m guessing Bo and Hope are suppose to be in their mid to late 40’s (?). This isn’t the only couple who has me confused on the age issue, so a quick recap of the cast would be helpful. Also, I’m, still awaiting the eventual creation of a family tree so I can more clearly follow and understand the relationship between the cast of characters. Thanks. Karen M”

To answer your question, for Days of our Lives, we found out that Mimi (Farah Fath), Philip (Jason Kenneth Johnson), Shawn (Jason Cook) and Belle (Kirsten Storms) are around the age of 23, while Patrick (Brody Hutzler) is probably as you’ve guessed – 32. Will is closer to 14 or 15, while Chelsea (Rachel Melville) and Abby (Ashley Benson) are both 19. Bo (Peter Reckell) and Hope’s (Kristian Alfonso) age are a little trickier, because they appear to be in their late 30’s. We realize that this can’t be true if Shawn is 23, so we assume their age is in their mid 40’s. Once the characters hit the 30 year old age bracket, the SORAS (Soap Opera Rapid Aging Syndrome) seems to come to a halt! While we’re not ‘privy’ to the actual age of the characters, we can also guess that Philip Kiriakis was born in 1995, which makes him 11 years old. With Soap Opera Rapid Aging Syndrome, he’s actually closer to 23. In addition to Days of our Lives, other soaps have participated in the SORASing of a character. Over on the Bold and the Beautiful, Bridget Forrester (Jennifer Finnigan) was born in 1992, and is already a medical student, only 14 years later. With SORAS, she’s actually in her mid to late 20’s.

Born in 1990, Colby Chandler (Ambyr Childers ) All My Children is six years old, but after being SORASd she aged to 16. In 1995 we watched as Luke Snyder (Van Hansis) As The World Turns was born. Somehow, the show has regressed his birth date and we’re now lead to believe that he was actually born in 1990. We’re told that last year he turned 15, but since he’s now a college freshman, he’s more like 18 – a year later.