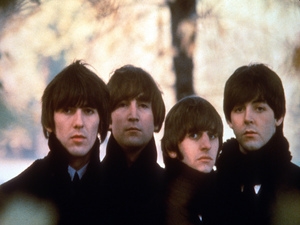 Soaps.com has a special “Under The Dome” event for the week of June 23, as well as episode teasers, casting, a Beatles documentary, a final NBC finale pushed up and more in our latest Primetime Dish column…

In casting news… TVLine is reporting that the show is looking to cast four new characters: Daniel (an entrepreneur, said to be a major recurring character), Toshi (Oliver’s teacher and handler), Akiko (Toshi’s wife) and Seth (a criminal). Stay tuned for season three’s upcoming return date.

Beauty And The Beast:
There’s a chance at normalcy in the CW’s all-new June 23 9:00 PM episode titled “Ever After.” Monday episode teasers: Cat and Vincent attempt to lead normal lives after taking Agent Knox’s offer to extricate, but it’s out of their control when forces conspire to expose them.

Castle:
In order to spend some time on new projects Andrew W. Marlowe will still work on the ABC series but will no longer be head writing. David Amann will take over the position for the upcoming season seven, which will return Mondays this Fall.

Cold Justice:
New episodes of the real-life crime series will return to TNT on Friday June 20 at 9:00 PM. Also, tune in on Friday July 18 as host John Walsh takes viewers on a look back at some of the most memorable cases in the special titled “Justice Served.”

Crisis:
Finale date change! Though the two-hour finale of the NBC canceled series was set to air on Sunday June 29, it has since been moved up to Saturday June 21 at 8:00 PM.

Haven:
Laura Mennell ("Motive") has landed a recurring role as an epidemiologist on the Syfy series, as per TVLine. Her character, described as a force to be reckoned with, will appear during season five, which is currently filming in Halifax, Nova Scotia.

Jane The Virgin:
Jaime Camil, who is set to play a telenovela star named Rogelio in the upcoming CW series, talks about what it's like to play the familiar role. Stay tuned for the new series Mondays this fall

Orphan Black:
Season finale! In BBC's Saturday June 21 9:00 PM finale episode titled "By Means Which Have Never Yet Been Tried," Rachel launches her latest ploy, which forces Sarah to give in. The Clone Club rushes to save someone, and Sarah uncovers a horrific new dimension to the conspiracy after meeting a new ally.

The Vampire Diaries:
On Thursday June 26 at 8:00 PM the CW will air a repeat of its October 24, 2013 episode titled For Whom The Bell Tolls.

True Blood:
In HBO's Sunday June 29 9:00 PM episode titled "I Found You," a trio of hostages turns to a familiar face as a possible liberator from the H-vamps. Sookie and Jason find a potential clue while visiting the neighboring town of Saint Alice. Lettie Mae becomes desperate and turns to Willa to channel her family's past. Vince's fellow vigilantes are whipped into a dangerous frenzy, and Pam finds herself in a very familiar place.

Under The Dome: Inside Chester's Mill:
Special event! On Monday June 23 at 10:00 PM CBS will air a one-hour special looking back at season one, plus cast interviews and a special tease into what's ahead for season two, which premieres on Monday June 30 at 10:00 PM.