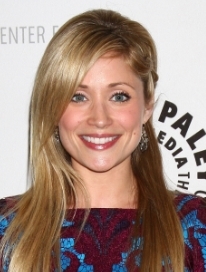 Fighting in the streets.

Plans change but some things never do.

The Bold And The Beautiful:
Eric is forced to call Taylor when news about Ridge’s fate is finally discovered. The news spreads fast and Katie soon finds her plans for the future are going to turn out much differently than she’d imagined. While Bill and Justin worry that they may be exposed, Quinn is startled when things turn out well for her. She thinks she’s got the key to reuniting Wyatt and Hope. Check out The Bold And The Beautiful Spoilers to find out who is annoyed by Maya’s obsession with Oliver.

Days of our Lives:
Abigail continues to feel awkward as Sami drags her into her wedding plans. The bride-to-be also manages to find the time to drag Nicole around by the hair when they get into a big brawl. She then heads to the DiMera mansion where there is another one. Across Salem, Kate’s suspicions of Jordan grow but aren’t enough to distract her from Victor firing her. Read the Days of our Lives Spoilers to find out who returns to town and has a run-in with Daniel.

General Hospital:
Silas tells Sam the news about Nina but her reaction is not what he was anticipating. Meanwhile, Kiki, Morgan and Michael are all concerned about what Sonny and Ava are really hiding. It turns out that she has even more to keep secret than before. Across Port Charles, the pressure mounts on Julian to reveal who he is working for. And Lulu tells Dante about her latest choice. Read Soaps.com’s General Hospital Spoilers to find out what problem Franco faces when he moves in with Carly.

The Young And The Restless:
Father Todd returns to Genoa City to spend some time with Paul, but it doesn’t look like he’s the only person in need of help, spiritual or otherwise. Lily nearly has a meltdown after she learns that her father has decided to tie the knot with Hilary. Meanwhile, the noose tightens around Billy. He’s finally forced to come clean with Victoria, who already has to take in some startling news from Jack. Visit The Young and The Restless Spoilers and find out who discovers Stitch’s secret.