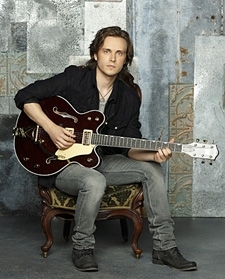 The stars from “The Bold and the Beautiful,” “Days of our Lives,” “General Hospital,” and “The Young and the Restless” are always up to something. Find out what in Soaps.com’s regularly updated news rooms.

The Bold And The Beautiful:
Vote about which “B&B” beauty you think should be dating Oliver. Cast members are filming at another exotic locale. And it was back in the 1990s when Thorne worked to clear his name for the murder of Ivana Vanderveld. When he confronted the killer, someone was shot. Do you remember who it was? Vote about it in our Thursday Throwback Poll. Then read Candace’s weekly blog, “B&B” Breakdown, for her thoughts about Maya’s meddling and Hope’s choice in Soaps.com’s The Bold And The Beautiful News Room.

Days of our Lives:
A diva returning to “Days” has another daytime appearance first. A cast member promoted her new book, and another celebrated happy baby news. Vote about a veteran character’s past mistakes, then go back to 2010 when Arianna Hernandez was killed after getting hit by a car in Salem. Do you remember what secret she was about to expose when she died? Vote now in our Throwback Thursday poll. And see if you agree with Christine’s thoughts about Gabi’s goodbyes in her weekly blog, Deconstructing “DOOL,” all in Soaps.com’s Days of our Lives News Room.

General Hospital:
A former “GH” actor debuted his band’s new single on daytime. And vote in our Throwback Thursday Poll regarding the time back in 1983 in Port Charles when Celia and Holly were thrown together during one of Luke’s many adventures. Do you remember what the two women had in common? Then check out the weekly “GH” rundown to see if you agree with Vi about Sabrina’s mental state, all in the General Hospital News Room.

The Young And The Restless:
Read Soaps.com’s interview with an Emmy nominee from the show. A “Y&R” actress appeared on daytime to show off some recipes. One of the show’s actors is co-chairing a special charity event. And go back to 1996 in Genoa City when Malcolm Winters married Keesha Monroe on her deathbed. Do you remember who suggested the union? Vote about it in our Throwback Thursday Poll. Then read Candace’s weekly Restless Rant to see if you agree with what she says about Chelsea’s motivation for helping Billy, all in The Young And The Restless News Room.