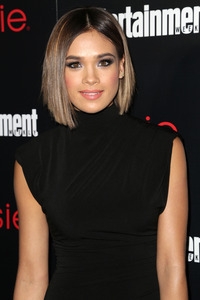 Soaps.com has an annual awards show for the week of June 16, as well as episode teasers, casting, new roles for an ABC series and more in our latest Primetime Dish column…

24: Live Another Day:
In FOX’s Monday June 16 9:00 PM episode titled “6:00 PM to 7:00 PM,” Jack Bauer and President Heller take on an unlikely force in order to prevent Margot Al-Harazi’s terror attacks. CIA agent Jordan Reed is faced with a major struggle, and Kate does whatever it takes to find Margot.

Girls:
TVLine is reporting that Jason Ritter (“Parenthood”) has landed a guest role as Scott and will appear in episode six of the HBO series. Season four will kick-off sometime in 2015.

Homeland:
Season four will bring three new characters to the Showtime series. Laila Robins (“Bored To Death”) will take on the regular role of Martha Boyd, while Corey Stoll (“House Of Cards”) will turn up in a guest-starring role as Sandy Bachman. Also look for Suraj Sharma (“Life Of Pi”) in the recurring role of a medical student named Aayan Ibrahim. Stay tuned for new episodes to resume sometime this year.

Once Upon A Time:
The ABC series is looking to cast three new characters for its upcoming season four: The Queen of Arendelle, Elsa - Elsa's younger sister, Anna - and Kristoff, who loves both Elsa and Anna deeply. The show returns Sundays this fall at 8:00 PM.

Orphan Black:
In BBC's Saturday June 14 9:00 PM episode titled "Things Which Have Never Yet Been Done," the Clone Club tries to save Sarah when Rachel executes her latest scheme. After meeting a new ally, Sarah discovers a new element to the conspiracy.

Revenge:
Fans can expect to see a whole lot more of David Clarke, as James Tupper has been bumped up to a series regular for season four. Keep an eye on Soaps.com's Revenge Spoilers for more updates leading up to the ABC series' return, Sundays this fall.

Royal Pains:
Former "All My Children" actress Natalie Hall (as Hope), Gillian Alexy (as Charlotte), Jeremy Davidson (as Ray Mazzarino), Patrick Breen (as Bob) and Martha Higareda (as Viviana) will appear in guest roles this season on the USA Network series. Tune in Tuesdays at 9:00 PM.

Teen Wolf:
Season four of the MTV series premieres on Monday June 23 at 10:00 PM. Get a look at what's ahead for the town of Beacon Hills.

The Mentalist:
Joe Adler, who has played Jason Wylie since 2013, will appear as a series regular during season seven of the CBS series.

True Blood:
Season premiere! In HBO's Sunday June 22 9:00 PM premiere episode titled "Jesus Gonna Be Here," the results are shocking after a band of rogue H-vamps crashes the vampire-human mixer at Bellefleur's. The 'one vampire for every human' plan moves forward, as Sookie seeks revenge for being blamed for the Bon Temps chaos, and someone unexpected helps Bill.