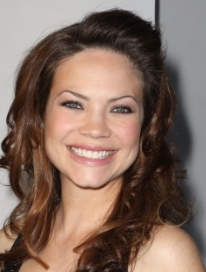 Just when things seem like they could better, they manage to get worse.

The Bold And The Beautiful:
While Bill and Justin scheme to keep what’s happened to Ridge a secret, his loved ones continue to fight over him. As Katie and Brooke bicker, Eric starts to think that maybe Katie hooking up with Ridge is actually a good thing. Meanwhile, Hope makes up her mind about which Spencer brother she wants as her father starts getting close to Quinn. Check out The Bold And The Beautiful Spoilers to find out why Carter is issuing warnings to Maya.

Days of our Lives:
Daniel and Jennifer face some problems of their own after Nicole unloads on them for ruining her relationship with Eric. The doctor ends up feeling hurt and things only get worse for him. Across Salem, EJ and Sami get increasingly uncomfortable about Kate’s relationship with Stefano. And Will figures out that Sonny has been hiding something from him. Read the Days of our Lives Spoilers to find out when Gabi says goodbye.

General Hospital:
Anna and Jordan discover that their plan to bring down the mob isn’t panning out as planned. As Ric’s friends and enemies fight over whether or not he’s guilty, Silas is forced to tell the truth about something. Across Port Charles, Britt’s dislike of Liz and her relationship with Nikolas is only made worse when she catches the nurse with her brother. Read Soaps.com’s General Hospital Spoilers to find out who catches Rafe in a bad place.

The Young And The Restless:
Chaos envelops the people of Genoa City. Kevin, Dylan and Paul are forced to work together to prevent doom. Meanwhile, Billy has to work with Chelsea so that he can get information on Stitch. The hospital becomes a scene of crisis and family and friends flood in. But are any of them ready for the news that comes out? Visit The Young and The Restless Spoilers and find out why Neil and Lily have such a tense Father’s Day.