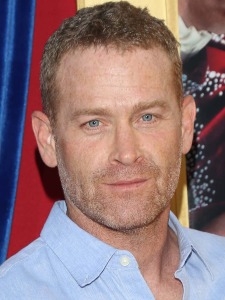 Soaps.com has details as to how to spend New Year’s Eve 2014 with Pitbull for the week of June 9, as well as renewals, season premiere dates, another “24” interview, a Foo Fighters documentary, episode teasers, casting and more in our latest Primetime Dish column…

24: Live Another Day:
In FOX’s Monday June 9 9:00 PM episode titled “5:00 PM To 6:00 PM,” President Heller plans to prevent Margot from executing further attacks. Jack and Kate rush to save the life of a big player in the terror plot, and Jordan receives a new mission and heads out to the field.

Interview! Soaps.com sat in during a conference call with Yvonne Strahovski, who plays Kate Morgan. When asked what the actress likes about her character Strahovski stated, “Oh, initially I liked the fact that we meet Kate at a low point in her life, you know, she doesn’t have it all together. Shes been demoted from her job, which means she obviously has professional problems going on as well as personal problems because her husband was found out to be selling government secrets to a foreign government. So I feel like at the time she had it really gave me a starting point with somewhere to go from and somewhere to go up from, which is what we’re seeing Kate do now in this journey.”

Beauty And The Beast:
The search is on in the CW’s all-new June 9 episode titled “Cat And Mouse.” Monday episode teasers: Vincent and Cat lay low as he becomes the subject of a citywide manhunt. The FBI approaches them to offer help with an important case, which proves to provide a surprising ally.

Bitten:
Renewed! The freshman Syfy series has been renewed for season two. Look for ten new episodes to premiere sometime in 2015.

Boardwalk Empire:
The HBO series’ fifth and final season, which will air later this year, will see Travis Tope (“Little Accidents”) in the recurring role of a young drifter named Slim.

Covert Affairs:
Max Martini (“Crisis,” “50 Shades Of Grey”) has landed a guest-starring role as a former CIA agent named Nathan Mueller. Keep an eye out for his appearance during season five, which premieres at 10:00 PM on Tuesday June 24.

Foo Fighters: Sonic Highways:
Documentary! The upcoming HBO series (date to be announced) surrounds Dave Grohl and his band, the Foo Fighters, as they document the eight-city odyssey of their eighth album’s (due out in November) creation. “I’ve pulled up the family tree of American music and exposed its roots to find inspiration for the next Foo Fighters album,” says Grohl. Watch the teaser for what’s to come…

Game Of Thrones:
Season finale! In HBO’s Sunday June 15 9:00 PM episode titled “The Children,” circumstances are changed by an unexpected arrival north of the Wall. Dany must face harsh realities. More of Bran’s destiny is revealed, and Tyrion sees the truth.

Hell On Wheels:
Fans can look forward to thirteen new episodes of the AMC series when season four returns on Saturday August 2 at 9:00 PM.

Orphan Black:
In BBC’s Saturday June 7 9:00 PM episode titled “Variable And Full Of Perturbation,” Felix goes into crisis mode when a new player in the clone conspiracy appears at his door. Sarah debates turning over an important piece of leverage and striking a deal with Dyad.

Pitbull's New Year's Eve Revolution:
Music sensation Armando Christian Perez - known to fans as Pitbull - will ring in the new year on FOX on Wednesday December 31 live from Miami. The event will kick off from 8:00 PM to 10:00 PM. Then after a break for local news the party will continue from 11:00 PM to 12:30 AM. Stay tuned for a detailed list of performers who will take the stage alongside Pitbull during one of the year's most celebrated nights.

Reign:
Jonathan Keltz, who's played Leith since 2013, has been bumped up to a CW series regular. Stay tuned for season two.

Sleepy Hollow:
Season two of the FOX series will premiere at 9:00 PM on Monday September 22. Here's a photo peek of what's to come:

Sons Of Anarchy:
Musician Marilyn Manson will appear in a recurring capacity in the FX series' seventh and final season. Look for him as a white supremacist named Ron Tully when the show returns in September.

The 100:
Season finale! In the CW's Wednesday June 11 9:00 PM finale episode titled "We Are Grounders: Part 2," Clarke begs Bellamy to do the right thing, which leaves Octavia to make a difficult decision. Raven and Jasper work against time. Finn makes a brave move, and a stunning conclusion on the Ark is reached.

In casting news… Nathaniel Buzolic's character Kol Mikaelson will appear in a drama-filled season two flashback. Though a premiere date for the new season has not yet been released, the series will move to Monday nights.

True Blood:
Watch the latest trailer for the HBO series, which returns on Sunday June 22 at 9:00 PM. Keep an eye out for "General Hospital's" Nathan Parsons (ex-Ethan), as Sookie Stackhouse says, "Nobody in this town knows vampires better than me..."