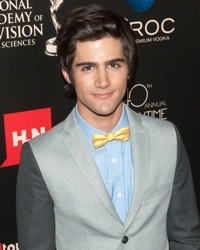 Find out what current and past cast members of “The Bold and the Beautiful,” “Days of our Lives,” “General Hospital,” and “The Young and the Restless” are up to, see all the Emmy reels, and take our latest polls, all in Soaps.com’s regularly updated news rooms.

The Bold And The Beautiful:
A new character is coming to “B&B” while the actress who played a former Forrester intern has a new role in primetime. A past musically-inclined actor will perform in a benefit concert. Then check out the scenes that got the actors their Emmy nominations this year. And it was back in 1995 when Rick Forrester and CJ Garrison got into a fistfight. Do you remember what CJ taunted Rick about to start the brawl? Vote about it in our Thursday Throwback Poll. Then read Candace’s weekly blog, “B&B” Breakdown, for her thoughts about Ridge’s inability to stay out of Brooke’s business in Soaps.com’s The Bold And The Beautiful News Room.

Days of our Lives:
A current “Days” actor has a new EP. Check out the Emmy reels of some of Salem’s nominees. And go back to 1998 when Nicole Walker and Eric Brady first met. He was a photographer for Countess Wilhelmina, but do you remember where she worked? Vote now. And see if you agree with Christine’s thoughts about Stefano’s return in her weekly blog, Deconstructing “DOOL,” all in Soaps.com’s Days of our Lives News Room.

General Hospital:
Who is the hottest couple on “GH?” Then see the scenes that got Port Charles actors and actresses their Emmy nods. And vote in our Throwback Thursday Poll regarding the time back in 1980 when Scott and Laura’s relationship struggled after she was raped by Luke. She tried to keep it a secret from Scott, even when he and Luke both arrived at the Webber household armed with flowers. Do you remember what the bouquets were for? Then check out the weekly “GH” rundown to see if you agree with Vi that Julian was ill-prepared for the dinner party, all in the General Hospital News Room.

The Young And The Restless:
Major casting announcements and speculation for “Y&R.” A current actor is scheduled to appear in a multi-episode primetime role. See the scenes that got Genoa City actors and actresses Emmy recognition. And go back to the early 2000s when Bobby and Brittany Marsino had a baby boy. Do you remember what they named him? Vote about it in our Throwback Thursday Poll, and vote if you think Ian is any match for Victor. Then read Candace’s weekly Restless Rant to see if you agree that Austin probably spells trouble, all in The Young And The Restless News Room.