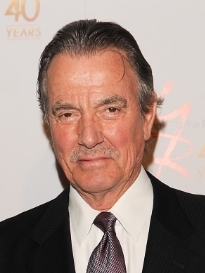 Confrontation, confessions and seeking comfort in the arms of another.

The Bold And The Beautiful:
Quinn continues her battle by sending the photo of herself and Bill to Ridge. This enrages her son, but she doesn’t care. Ridge shows up to question her and she tells him all about her affair. Ridge heads straight to Dubai to try and halt Bill and Brooke’s wedding. As Bill continues to keep the romance factor high with Brooke, her daughter learns about what Ridge is planning and wants to tip her mom off. Check out The Bold And The Beautiful Spoilers to find out how Katie reacts to Ridge’s plan.

Days of our Lives:
Hope heads to the Kiriakis mansion with a search warrant. It’s not long before someone is confessing to shooting Nick and Victor is forced to realize something about Sonny. The case takes another turn before the week is out. Meanwhile, Ben continues to act strangely around Abby and Jenn’s eyes nearly pop out of her head when she eavesdrops on a conversation in Salem. Read the Days of our Lives Spoilers to find out who Nicole doesn’t want to be friends with anymore.

General Hospital:
The truth is catching up to Ava as Carly proceeds to play the recording from AJ’s phone to different people in Port Charles. Ava looks for a desperate way out when Sonny corners her. Meanwhile, Kiki fills Michael in on what his father has been getting up to while Morgan and Olivia are busy comforting each other. And Anna makes a shocking choice. Read Soaps.com’s General Hospital Spoilers to find out why Ric is facing criminal charges.

The Young And The Restless:
While many of the citizens of Genoa City gather together to say goodbye to Chloe, things are a lot less friendly otherwise. Lily puts pressure on Devon to try and seduce Hilary as quick as he can. Meanwhile, Victor and Dylan work together to try and destroy Ian. But Victor’s week also includes another acrimonious argument with his son when Nick accuses him of exploiting Cassie’s memory to torture Sharon. Visit The Young and The Restless Spoilers and find out what happens when Billy learns Victoria’s secret.