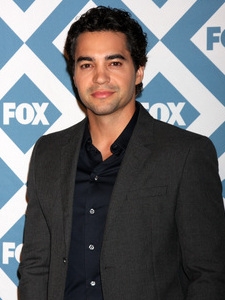 Soaps.com has some CW first-look videos for the week of May 26, as well as a “True Blood” preview, episode teasers, repeats with new seasons to come, “24” and “Gang Related” interviews, baby news, casting and more in our latest Primetime Dish column…

24: Live Another Day:
In FOX’s Monday May 26 9:00 PM episode titled “3:00 PM – 4:00 PM,” an unlikely duo teams up to prevent an impending attack. The terrorists’ demands are revealed, and the President orders a military lockdown, which might be too little too late.

Interview! Michelle Fairley, who plays Margot Al-Harazi, talked a bit about fans’ reaction to her character being a villain during a conference call and stated, “Well you know, you take the good with the bad. In many ways, if they hate her that means I’ve made her work in some ways because she is detestable. But I think what’s interesting about Margo is that she’s in progressive. You start to see more of her own story, of her back story, of what actually drives this woman and her emotional journey as well. Her commitment has come through pain and loss actually. It’s about revenge. It’s about questioning what governments do, as well, and the power that they have over their own people. She’s not just a villain; there is an emotional conflict within herself as well.”

In casting news… John Barrowman will appear as a series regular in his role as Malcolm Merlyn in the upcoming new season.

Enlisted:
The canceled FOX series will return to finish off season one beginning on Sunday June 1. Viewers can expect to see a new episode each week.

Game Of Thrones:
The HBO series will not be seen on Sunday May 25. Tune in for a new episode on June 1 at 9:00 PM titled “The Mountain And The Viper.” Sunday episode teasers: Unexpected visitors appear in Mole’s Town. Littlefinger’s actions are questioned. Ramsay plans to prove himself to his father, and the fate of Tyrion is decided.

Gang Related:
Interview! Soaps.com sat in during a conference call with Ramon Rodriguez who plays Ryan Lopez on the FOX series. When asked how he prepared for his role Rodriguez stated, “The research for the character I had about six weeks where I got to spend time with the LAPD, which was very helpful, doing ride-alongs, surveillance, weapons training and then also they would also introduce me to former and active gang members in different neighborhoods in South Central, Watts and the Newton division. So I was kind of splitting my division between LAPD and then speaking to active and former gang members. I also got to go to a prison and speak to some inmates in there to get their perspective on everything – on gang life, growing up and also how organized it is. So that was kind of the research process of that and doing some stuff online and things like that.”

Hart Of Dixie:
On Friday May 30 at 9:00 PM the CW will air a repeat of its October 7, 2013 episode titled “Who Says You Can’t Go Home?” Season four will bring viewers new episodes, stay tuned!

Baby news! Rachel Bilson, who plays Zoe on the CW series, and boyfriend Hayden Christensen (“Jumper”) are expecting their first child, as confirmed to Us Weekly.

Jane The Virgin:
The CW will premiere its new series Mondays this fall. Watch a promo, as Gina Rodriguez stars as Jane – a virgin who finds out she was accidentally artificially inseminated.

Mad Men:
Jared Harris, who played Lance Pryce on the AMC series from 2009 to 2012, will return to direct an episode during season seven, which will air sometime in 2015.

Memorial Day:
On Monday May 26 at 8:00 PM the CW will air the 2011 movie starring James Cromwell as Bud Vogel and Jonathan Bennett as Kyle Vogel. The story follows Bud’s wartime past and what the future holds for Kyle.

Orphan Black:
In BBC’s Saturday May 24 9:00 PM episode titled “To Hound Nature In Her Wanderings,” Sarah and an unlikely ally follow a trail of clues in hopes of finding the origins of the clone experiment. And Cosima and Delphine’s discovery could be the key to treating Cosima’s illness.

Sleepy Hollow:
Timothy Busfield ("The West Wing") will appear in an upcoming episode as Franklin. Season two of the FOX series returns this fall.

Supernatural:
On Tuesday May 27 at 9:00 PM the CW will air a repeat of its October 8, 2013 episode titled "I Think I'm Gonna Like It Here." Season ten will return in the coming months with all new episodes.

The 100:
New episode! On May 28 at 9:00 PM the CW will air a new episode titled "The Calm." Wednesday episode teasers: While hunting to replenish their low food supply, Clarke and Finn wind up in a compromising position. Clarke is forced to make a game-changing decision in order to save Finn. Bellamy receives an offer he can't refuse from Raven, and Kane risks his life on the Ark and reunites with Chancellor Jaha and Abby.

The Flash:
Here's your first look at the new CW fall series starring Grant Gustin as Barry Allen aka The Flash.

The Vampire Diaries:
On Thursday May 29 at 8:00 PM the CW will air a repeat of its October 3, 2013 episode titled "I Know What You Did Last Summer." Stay tuned for season six to come.

The Walking Dead:
Seth Gilliam ("Teen Wolf") has landed a regular role on the AMC series. Though the actor's character name is not set in stone, stay tuned for season five's premiere in October.

True Blood:
DeadLine is reporting that Will Yun Lee ("Hawaii Five-0") will appear in the recurring role of a businessman named Mr. Gus, who is out for some major revenge. Also, HBO has released its first full trailer for its upcoming seventh and final season beginning on Sunday June 22.

Under The Dome:
Brett Cullen ("Criminal Minds") has landed the role of Dale's (Mike Vogel) father, Don Barbara. A soap opera actor will also turn up in season two, as Max Ehrich has been cast on Under The Dome, which returns on Monday June 30 at 10:00 PM.