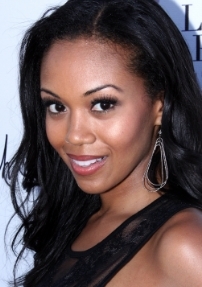 After a few big reveals, some people prepare to take extreme measures.

The Bold And The Beautiful:
Things are uncomfortably complicated for Liam thanks to Quinn. With him distracted by potential danger, she gets busy going after Bill. Quinn attempts to use her strategies of seduction to get Bill on board with her latest plan. Bill winds up getting physical in a very different way as well. He and Ridge have a confrontation that rapidly moves beyond insults. Check out The Bold And The Beautiful Spoilers to find out which couple is preparing to start the latest chapter in their lives.

Days of our Lives:
Lucas gets caught in a lie that could land him in trouble with the cops. Meanwhile, as EJ is busy whispering with Abby, Sami is yelling at Kate for letting Stefano into her life. Across Salem, Nicole and Eric finally make love, but Daniel threatens to ruin everything for her. This leads to Nicole hatching another desperate plan. Read the Days of our Lives Spoilers to find out what Gabi is requesting in the custody agreement.

General Hospital:
Julian hosts a destructive dinner party in Port Charles. The mobster’s big announcement wreaks havoc on those around him. Meanwhile, Shawn has a confrontation with Jordan which leads to TJ learning some dark secrets from his past. Jordan then turns to Anna with information. While Luke prepares to take his revenge, Carly and Franco are busy trying to figure out their next move. Read Soaps.com’s General Hospital Spoilers to find out what news Kevin has for Lucy.

The Young And The Restless:
While Nikki does her best to talk Victor out of going after Ian, Summer starts getting to know Austin. As they prepare for romance, Christine sets up some romantic time for Paul. Things are considerably less romantic in the rest of Genoa City. Billy might stumble on Victoria’s pregnancy news before she gets the chance to tell him about it herself. And things get ugly between Lily and Hilary. Visit The Young and The Restless Spoilers and find out how Victor and Dylan are getting along.