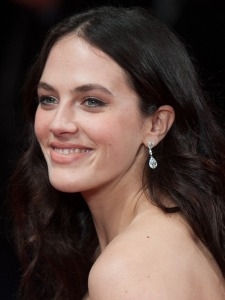 Soaps.com has the complete list of the latest network renewals and cancellations for the week of May 19, as well as season finale scoops, a special two-part event, a big Lifetime premiere date, interviews, episode teasers, casting and more in our latest Primetime Dish column…

24: Live Another Day:
In FOX’s Monday May 19 9:00 PM episode titled “2:00 PM – 3:00 PM,” Jack heads for the U.S. Embassy, as the CIA closes in on him with the terror threat escalating. Margot uses unthinkable force to assert her authority. Kate makes a move, and President Heller gives an impassioned speech to Parliament.

Interview! Soaps.com sat in on a conference call with Mary Lynn Rajskub, who plays Chloe O’Brian. When asked why she believes Chloe is still around while other characters aren’t Rajskub stated, “I mean, I keep going back to that surprises thing. I think I was kind of a lucky surprise and just like, oh, there wasn’t any strong plans to kill me and since I was so loyal to Jack, I think it just kind of started working and maybe I had the luxury of being on the computer and not being in the middle of – well, I mean, that’s not true either. I don’t really know. It’s like CTU. We had nerve gas. We have explosions. We have people in there shooting. I don’t know – just lucky.” Read an Interview with Kiefer Sutherland (Jack Bauer) to find out what he had to say about the future of the series.

ABC Renewals And Cancellations:
ABC has renewed the following series: “Castle,” “Grey’s Anatomy,” “Last Man Standing,” “Marvel’s Agents Of S.H.I.E.L.D.,” “Mistresses,” “Modern Family,” “Nashville,” “Once Upon A Time,” “Resurrection,” “Revenge,” “Rookie Blue,” “Scandal” “The Goldbergs” and “The Middle.” On the flipside, the network has canceled “Betrayal,” “Mixology,” “Once Upon A Time In Wonderland,” “Suburgatory,” “Super Fun Night,” “The Assets,” “The Neighbors” and “Trophy Wife.”

Bones:
Season finale! In FOX’s Monday May 19 8:00 PM finale episode titled “The Recluse In The Recliner,” the team investigates the death of a man who was killed before they could meet him to discuss information on a possible government cover-up related to a previous case. The investigation proves Booth may be in over his head and his job with the FBI could be at risk.

Interview! Soaps.com sat in on a conference call with David Boreanaz (Booth) and Emily Deschanel (Brennan). When asked if Booth and Brennan’s relationship will be affected after the explosive season finale Deschanel stated, “Yes, there’s a huge thing that happens at the end of this episode that, you know, we’re not going to tell you about right now, but it changes everything. For a while, with not only Booth and Brennan, between them, but also between kind of everything, Booth’s job, possibly Brennan’s job – I mean, everything. So I can’t tell you exactly how it changes things, but it will change the dynamic and, you know, kind of everything about them and their work and relationships.”

Boreanaz added, “Yes, I think [indiscernible] I think it puts them in a different place for sure. I mean, we kind of know that going into a new season and what we’re going to do with these characters, but I think it’s interesting to see the end of this run, especially season nine in this specific finale, that there is a lot of destructive forces that could kind of come upon us and we find out that there’s more to it than what meets the eye and they’ve been kind of working kind of underground for a while, whether that’s through conspiracy theories or just, you know, stuff that they’ve been hiding in the FBI or through the Jeffersonian, but it all kind of comes to a head and it’s pretty detrimental at the end. You know, things will change for the good and there will be, also, things that they’ll have to adjust to. I keep saying adjusting because it’s definitely going to be different.”

Cougar Town:
Renewed! TBS has renewed its hit series for one last season to come in 2015. Fans will get the chance to watch the gang during season six, which will be its last and consist of thirteen episodes.

CW Renewals And Cancellations:
The CW has renewed “Arrow,” “Beauty And The Beast,” “Hart Of Dixie,” “Reign,” “Supernatural,” “The 100,” “The Originals” and “The Vampire Diaries.” However, the network has canceled “Starr-Crossed,” “The Carries Diaries” and “The Tomorrow People.”

District 9:
On Monday May 19 at 8:00 PM the CW will air the 2009 movie starring Sharlto Copley as Wikus Van De Merwe. The film surrounds an extraterrestrial race that becomes close to a government agent who is exposed to their biotechnology.

Family Guy:
Season finale! In FOX’s Sunday May 18 8:30 PM finale episode titled “Chap Stewie,” Stewie’s TV time is interrupted, which prompts him to go back in time and make sure he’s not conceived from Lois and Peter. Nevertheless, he ends up born into a “Downton Abbey”-esque household.

Game Of Thrones:
In HBO's Sunday May 18 11:00 PM episode titled "Mockingbird," Tyrion turns to an unlikely ally. Dany is allowed to do what he does best. Jon's warnings surrounding the Wall's vulnerability fall on deaf ears, and Brienne and Pod follow a new lead.

Labyrinth:
Special repeat event! On Thursday May 22 at 8:00 PM the CW will air part 1 of the 2012 historical mini-series starring Jessica Brown Findlay as Alais Pelletier Du Mas. Then on Friday May 23 at 8:00 PM the network will air part 2 of the series that follows Alais Pelletier du Mas of medieval France and modern-day Alice Tanner as they search for the Holy Grail.

NBC Renewals And Cancellations:
Though NBC has renewed "About A Boy," "Chicago Fire," "Chicago PD," "Grimm," "Hannibal," "Law & Order: SVU," "Parenthood," "Parks And Recreation" and "The Blacklist," the network has canceled "Believe," "Community," "Crisis," "Dracula," "Growing Up Fisher," "Revolution," "Sean Saves The World," "The Michael J. Fox Show" and "Welcome To The Family."

New Girl:
Damon Wayans, Jr., who's played Couch since 2011, will be seen as a FOX series regular during season four.

Orphan Black:
In BBC's Saturday May 17 9:00 PM episode, Rachel lashes out at Sarah's loved ones, and an unexpected visitor threatens Sarah's plans to keep those close to her safe.

Supernatural:
Season finale! On Tuesday May 20 at 8:00 PM the CW will air a repeat of its May 13 episode titled "Stairway To Heaven." Then at 9:00 PM in the season finale episode titled "Do You Believe In Miracles," the First Blade leaves Dean feeling its effects. And Metatron fights against humanity, which leaves Sam, Dean and Castiel facing shocking consequences.

In other news… Misha Collins will bring Castiel back as a regular character for season ten.

The 100:
On Monday May 21 at 9:00 PM the CW will air a repeat of its May 14 episode titled "Unity Day." Then at 9:00 PM tune in for the new episode titled "I Am Become Death," where Murphy returns to camp, leaving Clarke and Bellamy having different opinions on his return. Octavia has a serious warning for the 100 after looking for Lincoln. Many are quarantined after a virus strikes camp, and Jasper makes a heroic move.

The Originals:
The CW series will move to Mondays at 8:00 PM for season two. Stay tuned for its premiere date.

Two And A Half Men:
Last season. Season twelve (premiere date not yet released) of the CBS series will be its last, as the network announced it would then be ending the show's long run. DeadLine is reporting that the sendoff will be a lot like former sister show "How I Met Your Mother."