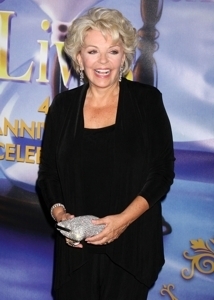 From cast departures to show renewals, find out all of the latest news from “The Bold and the Beautiful,” “Days of our Lives,” “General Hospital,” and “The Young and the Restless” in Soaps.com’s regularly updated news rooms.

The Bold And The Beautiful:
A former “B&B” actor has a new movie role. The show has launched a new interactive location feature. And it was back in the early 2000s when Thomas Forrester realized Amber Moore had targeted his father by trapping him in a mineshaft with Bridget. Do you remember what Thomas did when he found out? Vote about it in our Thursday Throwback Poll. Then read Candace’s weekly blog, “B&B” Breakdown, for her thoughts about Taylor’s return in Soaps.com’s The Bold And The Beautiful News Room.

Days of our Lives:
“Days” has been renewed in Canada while many Salem departures were announced. And go back to 1978 in Salem for our Throwback Thursday Poll when Julie Williams was on trial for murdering Larry Atwood after he raped her. Do you remember what Larry did to keep Doug out of town so he could commit his crime? Vote now. And see if you agree with Christine’s thoughts about Daniel’s discovery in her weekly blog, Deconstructing “DOOL,” all in Soaps.com’s Days of our Lives News Room.

General Hospital:
A fan favorite – who has happy baby news – is set to return to Port Charles, while another daytime actor is scheduled to make a special appearance. A former actress from the show has a new film role while a recently cast actress announced a new season of her web series. And which couple is the most messed up on “GH?” Vote on that and in our Throwback Thursday Poll regarding the time back in 1980 when Luke Spencer was first offered a job at ELQ. Do you remember why he hesitated in taking the position? Then check out the weekly “GH” rundown to see if you agree with Vi that the Nurses’ Ball was full of outstanding fashion, all in the General Hospital News Room.

The Young And The Restless:
An actor from the show got engaged to a “B&B” beauty. What would you like to see happen next on “Y&R?” Vote now. One of the show’s longtime actors discussed his recent daytime nomination, and a former actress has a new film role. A new character is coming to town. And go back to the late 1980s in Genoa City when Leanna Randolph pulled one over on Victor Newman by writing a tell-all book about him. Do you remember what the title of her second book about the titan was? Vote about it in our Throwback Thursday Poll. Then read Candace’s weekly Restless Rant to see if you agree with her that the storyline surrounding Dylan and Ian needs work, all in The Young And The Restless News Room.