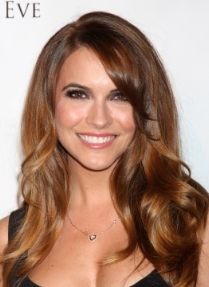 The Bold And The Beautiful:
Bill thinks that everything is coming up roses for him. Unfortunately, things could quickly fall apart. Katie ratchets up her fight with her sister and Brooke is left shocked. That may not be quite as shocking as the marriage proposal that gets popped. Meanwhile, Quinn offers Liam a proposal of her own. Check out The Bold And The Beautiful Spoilers to find out what Liam and Hope are showing off.

Days of our Lives:
Kate and Jordan get into a brutal catfight, leaving Rafe wondering what’s going on. Meanwhile, Nick leaves Abby gobsmacked when he reveals what he knows about her. Even Will manages to figure out something is going on. Half of Salem lines up by the end of the week with plans to get rid of Nick before he ruins their lives. Read the Days of our Lives Spoilers to find out what Daniel manages to realize.

General Hospital:
Olivia confronts Sonny about her suspicions while Morgan tells his brother of their father’s betrayal. Across Port Charles, Luke faces off with Ned and later with Michael over the Kiki situation. And Julian confronts his sister about what she’s been doing behind his back. Even worse for her, he gives Shawn some incriminating information about her. Read Soaps.com’s General Hospital Spoilers to find out how Obrecht might ruin this year’s Nurses’ Ball.

The Young And The Restless:
Although Jack is hoping that he will be able to be happy again with Kelly, news that they are together is making Summer rather unhappy. On the other side of Genoa City, Victor tries to worm his way back into Nikki’s good books, but will she give him another chance again? And Jill plots how she plans to get back at Colin for his latest betrayal. Visit The Young and The Restless Spoilers and find out what is creating conflict between Avery and Dylan.