As you know, the cruise ship set sail today, but a few of the actors weren’t able to make the trip. Due to work scheduling conflicts, All My Children’s Cameron Mathison (Ryan Lavery) and Jacob Young (JR Chandler), as well as former Guiding Light actor Jeff Branson (Shayne Lewis) will be missing from this year’s cruise.

For all of you Guiding Light fans, Soaps.com is excited to report that Kim Zimmer (Reva O’Neill) will be attending the Soap Cruise! Stay tuned for more details as they come!

Details for the beach party, to take place in Cozumel, Mexico at Carlos & Charlies, are now finalized! The party will be closed to the public, so everyone on the cruise can continue to have a personal experience with the rest of their castaways. Those who attend can look forward to hanging out on the beach and playing volleyball with the actors.

Sorry everyone, tickets for the VIP breakfast are already sold out.

For those who don’t have their cruise tickets yet, the next one hundred who purchase them will be able to take part in a private Meet and Greet with some of the actors! Hurry, don’t wait a day longer!

As always, Soaps.com will keep you updated with more details as they come regarding this awesome 2010 event!

Though AMC’s Aiden Turner (Aidan Devane) was scheduled to be on the cruise, Vincent Irizarry (David Hayward) will now take his place.

Soaps.com has just received some of the itinerary for the cruise, which will include a Beach Party in Paradise at Carlos & Charlie’s, Soap Cruise Theater, Disco Dancing with the Stars, Intimate Meet and Greet Sessions, Soap Star/Soap Fan Idol, Q&A and Trivia Sessions, Karaoke to feature Star/Fan Duets, Act Out Actual Soap Scenes Onstage with the Stars, Workshops with a Soap Director where many behind-the-scenes secrets will be revealed, a Farewell Cocktail Party, a Private VIP Breakfast with the Stars for the first 150 registrants, and a ton more fun to look forward to!

Soaps.com will keep you posted on any further details when they come!

It’ seems plans for the next Soap Cruise 2010 are moving right along! While this year’s 2009 Soap Cruise: The Second Voyage just wrapped up in January, Soaps.com has news for those who want to climb aboard the luxurious Celebrity Century for 2010’s Soap Cruise: The Third Voyage!

Scheduled to set sail on January 28, 2010 through February 1, 2010, the cruise will stop in Cozumel, Mexico, as well as Key West for an unforgettable time spent with nineteen Daytime actors – one you won’t soon forget – just ask those who have attended the past two!

Soaps.com will be sure to keep our readers updated on any new details surrounding this once in a lifetime event! If you want to see photos from the last Soap Cruise, you can view them all, as well as special coverage from the event, in our Photo Gallery! 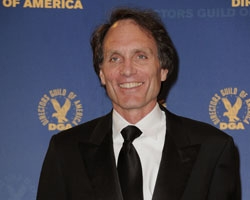