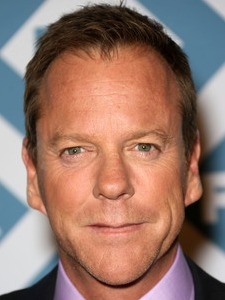 Soaps.com has a much anticipated spin-off event for the week of May 5, as well as an interview, episode teasers, casting, season premieres, an iconic production heads to FOX and more in our latest Primetime Dish column…

Soaps.com sat in on a conference call and when Executive Producer Manny Coto was asked what excited him about bringing the show back he shared, “A lot of things excited us. I think there was a feeling amongst all of us – even though when season 8 finished, and we were tired and we were kind of ready to move on – I think all of us felt that there was more to this story and that Jack Bauer’s character was not quite ready to shuffle off the stage. Of course, there was talk of a movie, so it was generally agreed that there would be more. Particularly exciting is because he is a fugitive – he was a fugitive – and on the run from his own government. A man who had saved the United States multiple times, that same country has turned its back on him. So that is a fantastic dynamic to start a series and something that we seized on and really energized us.”

Family Guy:
In FOX’s Sunday May 4 8:30 PM episode titled “Meg Stinks,” Peter takes Meg to a college for an interview, where they have fun partying. Brian gets sprayed by a skunk and must learn to live in the wild.

Franklin & Bash:
There will be two special guest stars in the TNT series’ upcoming season four. While Cloris Leachman (“Raising Hope”) will appear as a gypsy named Irina Lottye Kruskal, Barry Bostwick (“Cougar Town”) will turn up as a retirement community resident named Jake ‘Falcon’ Reilly. Tune in for the premiere at 10:00 PM on Wednesday August 20 and keep an eye out for the separate guest-starring appearances.

Grey’s Anatomy:
Read our Grey’s Anatomy Spoilers to find out who gets upsetting news in ABC’s Thursday May 8 9:00 PM episode titled “Everything I Try To Do, Nothing Seems To Turn Out Right.” Soaps.com will post the recap after the show airs.

Game Of Thrones:
In HBO’s Sunday May 4 11:00 PM episode titled “First Of His Name,” Jon sets out on a new mission. Tywin and Cersei contemplate where to go next in regards to the Crown, and Daenerys plans the future.

Grease Live:
FOX will air a three-hour live production based off of the 1971 Broadway musical sometime in 2015. “From Broadway to film, and across generations, ‘Grease’ is one of the most beloved musical stories ever told – and we can’t wait to bring it to our air in a spectacular live event,” said Shana C. Waterman, Senior Vice President of Event Series for FOX. “Its iconic characters and addictive songs make it the perfect fit for FOX, and we’re going to give it the kind of star power and production quality to make every Sandy, Danny, Rizzo and Kenickie out there want to get up and sing along.” Stay tuned for further details as they come.

Hart Of Dixie:
In the CW's Friday May 9 9:00 PM episode titled "Trying To Help," Zoe plans to help Wade's father with his love life, but Wade advises her against it. While Lavon and George try to persuade the city comptroller to change BlueBell's billing on an exit sign, they find themselves in competition with Mayor Gainey. And Lemon's plans to raise Fancie's profile go up in flames.

House Of Cards:
The Netflix series has struck a deal with Maryland to keep the show filming in the state for its upcoming season three. Not only will this move generate more than 100 million dollars of economic activity, it will save 3700 jobs, as stated by Maryland Governor Martin O'Malley. Production will begin sometime in 2014.

How I Met Your Dad:
Veteran actress Meg Ryan will take part in the upcoming CBS "How I Met Your Mother" spin-off. Though she won't be seen, viewers will hear her as the voice of 'future Sally'.

Longmire:
Season three of the A&E series will premiere on Monday June 2 at 10:00 PM.

In other news… Michael Mosley, who plays Sean Moretti, will appear on the Hallmark Channel's "Home & Family" on Thursday May 1 at 10:00 AM to talk about his new comedy series "Sirens," where he plays Johnny. "Sirens" airs on the USA Network on Thursdays at 10:00 PM.

Masters Of Sex:
Sarah Silverman ("Bob's Burgers") has landed the recurring role of Helen on the Showtime series. Look for her sometime during season two, which premieres at 10:00 PM on Sunday July 13.

Mistresses:
Helena Mattsson ("Fargo," "Betrayal," "666 Park Avenue") will play a supermodel named Greta Jager in season two of the ABC series. Tune in at 10:00 PM on Monday June 2 for its premiere.

Orphan Black:
In BBC's Saturday May 3 9:00 PM episode titled "Mingling Its Own Nature With It," Sarah goes out on the road with Felix and turns to an old flame. When things go south, Sarah realizes running away is not the answer.

Reign:
In the CW's Thursday May 8 9:00 PM episode titled "Long Live The King," Francis is put in jeopardy after Mary and Catherine team up to deal with King Henry. Bash becomes determined to end the Darkness for good when a boy surfaces who lived to tell about his encounter. Lord Julien's motives are revealed, and Lola is caught up a dire situation.

Revenge:
Read Soaps.com's Revenge Spoilers to hear what Emily is forced to do in ABC's Sunday May 4 episode titled "Impetus." As a reminder, we post recaps after each episode airs.

Star-Crossed:
A group teams up in the CW's May 5 8:00 PM episode titled "This Trick May Chance To Scathe You." Monday episode teasers: Roman and Drake turn to Grayson for help after realizing the Trags are building a bomb known as a Suvec. In turn, Emery asks Sophia and Lukas to aid in smuggling the Suvek out of the sector, and Teri continues with her plans.

Supernatural:
Gordon Woolvett returns to guest star in the CW's May 6 9:00 PM episode titled "King Of The Damned." Tuesday episode teasers: Castiel asks Sam and Dean for help when interrogating one of Metatron's captured angels (Woolvett). Crowley refuses to help Abaddon kill Sam and Dean but is forced to reconsider, and a meeting is set up between Castiel and Gadreel.

The 100:
Terry Chen ("House Of Cards") guest stars in the CW's May 7 9:00 PM episode titled "Day Trip." Wednesday episode teasers: Clarke and Bellamy go on the hunt to stock up on supplies for winter. Some of the 100 lose their grasp on reality after accidentally eating nuts with powerfully hallucinogenic properties. Octavia helps a friend escape. Clarke and Bellamy grow closer following a terrifying event. Commander Shumway (Chen) secretly pushes one of the 100 to kill his own on the Ark, and Diane Sydney's treacherous actions are revealed.

The Fosters:
Actress and talk show host Rosie O'Donnell will bring her character Rita Henricks back to the ABC Family series for two episodes sometime in August. Tune in for season two's premiere at 9:00 PM on Monday June 16.

The Mindy Project:
TVLine is reporting that series regular Zoe Jarman, who's played Betsy Putch since 2012, will only appear in a guest-starring capacity in the FOX show's upcoming season three.

The Originals:
A breaking point is reached in the CW's Tuesday May 6 8:00 PM episode titled "The Battle Of New Orleans." Read The Originals Spoilers to learn who Klaus and Elijah have to find to change Hayley's fate, what Davina orders Josh to do and more!

The Tomorrow People:
Season finale! It's all about saving humanity in the CW's May 5 9:00 PM finale episode titled "Son Of Man." Monday finale teasers: Russell tries to save Cara from an Ultra ambush after realizing his alliance with The Founder was a mistake. Stephen fears he may be too late to stop The Machine and is forced to look to others to survive, and John receives an interesting opportunity from Jedikiah.

The Vampire Diaries:
On Thursday May 8 at 8:00 PM the CW will air a new episode titled "Promised Land." Read The Vampire Diaries Spoilers to find out who teams up with a new strategy, who becomes stranded and more!