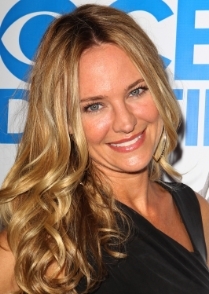 Slipping up and getting out.

The Bold And The Beautiful:
Bill and Brooke are back together and trying to put the ‘power’ back into being a power couple. He sets his sights on reclaiming his company. Brooke could help with this, but will she? When Katie starts playing hardball, Brooke decides to push back. Across town, Wyatt and Quinn panic when they hear about the deal that Hope has made with Liam. And Ally manages to let Oliver’s secret slip out to Caroline. Check out The Bold And The Beautiful Spoilers to find out what Eric tells Taylor.

Days of our Lives:
Nicole races off to Smith Island to try and rescue Jenn from Liam’s clutches. Not long after that, someone is left struggling to survive. Back in Salem, EJ gets to the bottom of who has been trying to ruin his relationship with Sami. Meanwhile, it looks like Abigail is already moving on from Elvis with Ben. And Kate finally makes her big move against Jordan. Read the Days of our Lives Spoilers to find out what has Will in a panic.

General Hospital:
Ava continues to be a target of suspicion for Michael, Kiki, Carly and Franco. As Kiki tries to get information out of Ava, Julian informs Luke about what his sister has been up to. Meanwhile, Mac isn’t thrilled by the new man in Maxie’s life. And Obrecht competes with Madeline to see which of them will actually manage to get the charges against them dropped. Read Soaps.com’s General Hospital Spoilers to find out when a mystery man arrives in Port Charles.

The Young And The Restless:
Billy is left in shock by what Chloe tells him. He’s not the only one having his night mucked up. Tyler’s attempt to get romantic with Abby turns into something they were not expecting. Meanwhile, Sharon and Nick search for the truth. And Victor warns Summer that she shouldn’t trust anything that Sharon says. Visit The Young and The Restless Spoilers and find out what Paul and Christine decide about their future in Genoa City.