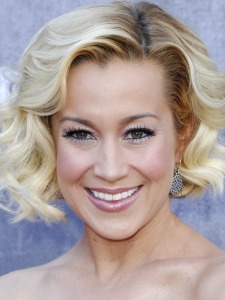 Soaps.com has a special ‘First Lady’ sighting for the week of April 28, as well as episode teasers, casting, a CW series return date, a fun sweepstakes, renewals and more in our latest Primetime Dish column…

Beauty And The Beast:
The CW series will resume season two on Monday June 2 at 9:00 PM.

Family Guy:
In FOX’s Sunday April 27 8:30 PM episode titled “Baby Got Black,” Chris is not allowed to see Pam, which causes the kids to run away. Pam’s father Jerome and Peter are forced to team up to find them.

Game Of Thrones:
In HBO’s Sunday April 27 11:30 PM episode titled “Oathkeeper,” Bran, Jojen, Meera and Hodor look for shelter. Honor is discussed between Jaime and Brienne. Justice and mercy is balanced by Daenerys, and Jon extends a welcome to volunteers.

Grey’s Anatomy:
Read our Grey’s Anatomy Spoilers to find out what brings Amelia and Derek together in ABC’s Thursday May 1 9:00 PM episode titled “We Are Never Getting Back Together.” Soaps.com will post the recap after the show airs.

Hart Of Dixie:
In the CW’s Friday May 2 9:00 PM episode titled “Together Again,” Wade is upset with Zoe, who decides to help George with Lemon. Two people play hooky and leave their problems behind. AnnaBeth’s parents would rather spend time with Lavon than her. Brick plans to help Wanda, and Tom copes with his infertility.

Nashville:
First Lady Michelle Obama and singer Kellie Pickler and will guest star in the May 7 episode titled “All Or Nothing With Me,” which surrounds a special charity concert. The ABC series airs Wednesdays at 10:00 PM.

Orphan Black:
In BBC’s Saturday April 26 9:00 PM episode titled, “Governed By Second Round And True Religion,” Sarah is stunned where the trail leads when her and Art try to locate Kira. Alison continues to struggle with Aynsley’s death, and new symptoms arise from Cosima’s mysterious illness.

Reign:
In the CW’s Thursday May 1 9:00 PM episode titled “Higher Ground,” Mary makes sacrifices and takes risks, along with the help of a mercenary, to save her country. Francis finds a new ally in Leith and leads France in a brutal battle against England, and Lola suspects Lord Julien is going to betray her.

Revenge:
Read Soaps.com’s Revenge Spoilers to hear who gets the upper hand in ABC’s Sunday April 27 episode titled “Revolution.” As a reminder, we post recaps after each episode airs.

Silicon Valley:
Renewed! HBO has green-lighted it new series for a second season. Tune in Sundays at 10:00 PM.

Star-Crossed:
There's a kidnapping in the CW's April 28 8:00 PM episode titled "Give Me A Torch." Monday episode teasers: Sophia believes Taylor is carrying Drake's baby, leading her and Emery to research Atrian pregnancies. Vartan mistakenly thinks Emery is pregnant and kidnaps her. Vega asks Teri to find the Iksen's key in order to complete the Suvek. Roman and Castor testify about the day the spaceship crashed, and Julia and Eric share a nice moment.

Supernatural:
It's all about monster families in the CW's April 29 9:00 PM episode titled "Bloodlines." Tuesday episode teasers: Sam and Dean uncover various mafia-esque monster families, unknown to humans, running the underbelly of Chicago. Margo Lassiter runs the shapeshifters. Julian Duval runs the werewolves. Sam and Dean meet Ennis and warn him against the hunter lifestyle, and Ennis starts down a dangerous path.

The 100:
Kate Vernon ("The Last Song") guest stars in the CW's April 30 9:00 PM episode titled "Contents Under Pressure." Wednesday episode teasers: Contact is made between Clarke, Raven and the Ark. Abby tries to save one of their own by guiding Clarke through a dangerous procedure. Chancellor Diana Sydney (Vernon) takes Abby's place on the council. Jaha realizes there aren't enough drop ships for everyone to go down to Earth, and Kane faces his guilt over a recent decision.

On the set of "The Hundred" with Isaiah Washington! pic.twitter.com/gzXwRndlMB

The Following:
Season finale! In FOX's Monday April 28 9:00 PM season final titled "Forgive," after Luke and Mark turn the tables on Joe and Ryan they are forced to team up in order to save the woman they love.

The Good Wife:
Beginning on May 4 Nestor Carbonell ("Lost") will appear in a guest-starring role as an entrepreneur in scenes with Julianna Margulies' character Alicia Florrick. Tune in to CBS Sundays at 9:00 PM.

The Originals:
A breaking point is reached in the CW's Tuesday April 29 8:00 PM episode titled "A Closer Walk With Thee." Read The Originals Spoilers to find out who Klaus and Elijah enlist to save Hayley, what Cami tells Marcel and more!

In other news... Would you like to live like an Original? Watch the video below to find out how to enter to win a tour of The French Quarter and an AT&T phone.

The Tomorrow People:
There are consequences to be had in the CW's April 28 9:00 PM episode titled "Kill Switch." Monday episode teasers: Stephen and Cara try to buy time for Jedikiah while he attempts to create a possible antidote for the serum they were injected with. Russell and the other rogue Tomorrow People plan to sacrifice Roger for their own safety, and John turns to Astrid for advice.

The Vampire Diaries:
On Thursday May 1 at 8:00 PM the CW will air a new episode titled "What Lies Beneath." Read The Vampire Diaries Spoilers to find out what news Tyler delivers, what Caroline suspects and more!

True Blood:
Soaps.com has the latest spoiler video for the HBO series, which kicks off its final season on June 22 at 9:00 PM. An ambush occurs, people turn on each other and more…

Veep:
Renewed! HBO has renewed its series for a fourth season. Tune in Sundays at 10:30 PM.

Witches Of East End:
Though there is still no word on when season two of the Lifetime series will return this summer, the network has released a new promo video for its popular series.