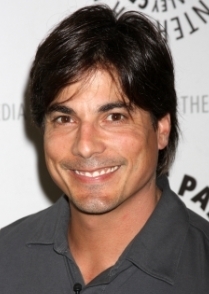 Read Soaps.com’s regularly updated soap opera news rooms to find out what the actors from “The Bold and the Beautiful,” “Days of our Lives,” “General Hospital,” and “The Young and the Restless” do when they aren’t on set, including making fan appearances and guest-starring on popular primetime shows.

The Bold And The Beautiful:
A game show host is set to appear on “B&B.” Vote about which love triangle needs to end right now. And it was back in 2002 when CJ Garrison and Mark MacClain fought over Bridget Forrester. Do you remember who she picked? Vote about it in our Thursday Throwback Poll. Then read Candace’s weekly blog, “B&B” Breakdown, for her thoughts about Liam’s stolen moments with Hope in Soaps.com’s The Bold And The Beautiful News Room.

Days of our Lives:
There is another baby for one of “Days'” stars. A new character in Salem has been recast. Vote for your favorite bad boy/good girl combo. And go back to 1987 for our Throwback Thursday Poll when Adrienne Johnson killed her father Duke. Steve was about to be sentenced for the crime when something happened to change things. Do you remember what it was? Vote now. And see if you agree with Christine about the escalating problems Liam is causing in her weekly blog, Deconstructing “DOOL,” all in Soaps.com’s Days of our Lives News Room.

General Hospital:
Read Soaps.com’s interview with a current “GH” actor. And vote in our Throwback Thursday Poll about the time back in 1991 when Luke Spencer’s lookalike cousin Bill Eckert was on trial for murdering his ex-wife Nancy. Do you remember who really committed the crime? And check out the weekly “GH” rundown to see if you agree with Vi about the need for more significant scenes for Carly, Franco and a few other characters, all in the General Hospital News Room.

The Young And The Restless:
A “Y&R” actress is set to guest on primetime while another is heading to Toronto. A character’s recast appeared on screen along with some “B&B” guest stars. And go back to 1982 when Traci Abbott returned to Genoa City from boarding school and developed a pill addiction. Do you remember what prompted her to get help? Vote in our Throwback Thursday Poll. Then read Candace’s weekly Restless Rant to see if you agree with her about Nick finally seeing Cassie’s lookalike in Genoa City this week in The Young And The Restless News Room.