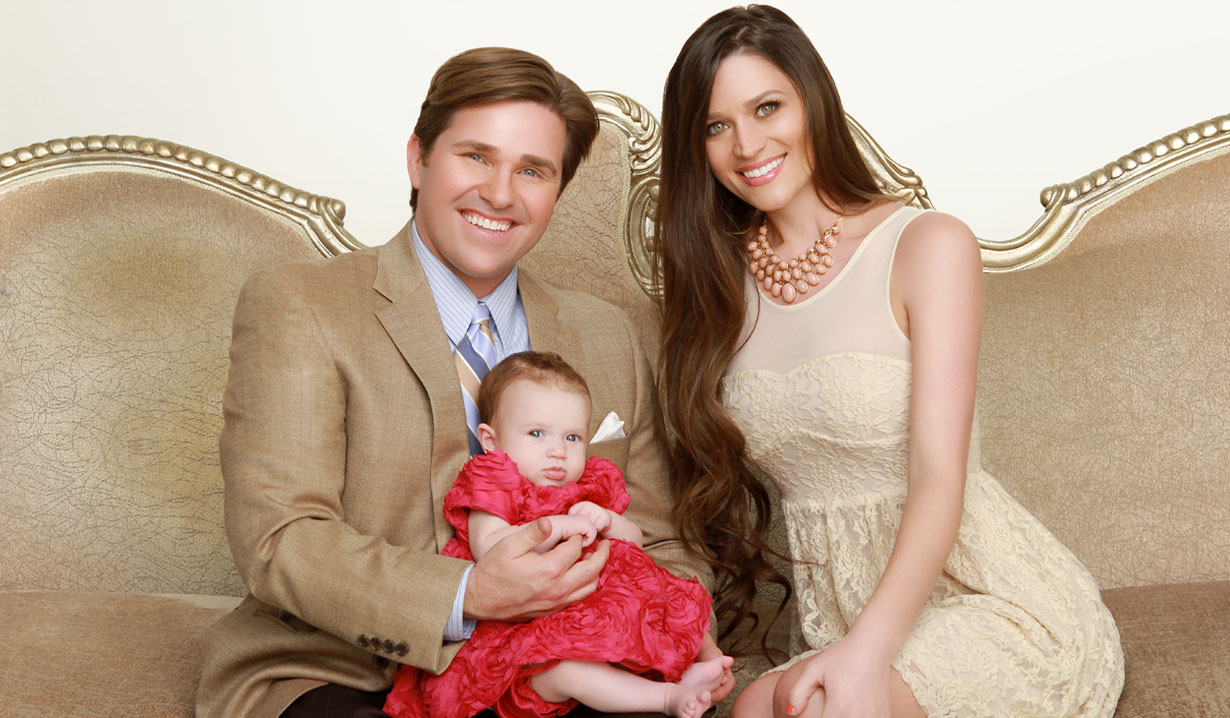 In this month’s column, Soaps.com has some details surrounding the careers of former soap stars of daytime cancelled soaps “All My Children,” “As The World Turns,” “Guiding Light,” “One Life To Live” and “Santa Barbara.”

Read to learn about new film roles, passings, a special interview with a former “The Bold And The Beautiful” actress, music videos, an invention, a wedding, a secret marriage and more in this month’s after-daytime column.

Denise Vasi and Terrell Tilford’s Single Ladies gets new life.
Back on February 28 VH1 announced that they’d be canceling their series “Single Ladies.” However, former soap stars Denise Vasi (“All My Children’s” ex-Randi Hubbard) and Terrell Tilford (“One Life To Live’s” ex-Greg Evans) might get another chance at playing front-burner characters Raquel and Sean. Centric, a network owned by BET, has struck a deal with Queen Latifah’s Flavor Unit Entertainment, which produced the show, by renewing the series with plans to bring viewers a season four. Keep an eye out for further details as they come. Other daytime stars such as Victoria Rowell (“The Young And The Restless'” ex-Dru Winters) and Aiden Turner (“All My Children’s” ex-Aidan Devane) turned up on the series since its debut in 2011.

Josh Duhamel onscreen in Strings.
These days former “All My Children” actor Josh Duhamel (ex-Leo du Pres) is keeping busy with his father duties, along with his wife Fergie, yet still has time for a few new releases. Duhamel will be seen as Alex in the May 2, 2014 film “Strings,” which co-stars Maria Bello (“Touch”). The drama circles in on a shocking discovery made by a counselor who works with a drug-addicted DJ. Other 2014 releases to look for featuring Duhamel include “You’re Not You” and “Don Peyote.”

Denyse Tontz’s Use It music video.
Denyse Tontz, who played Miranda Montgomery in “All My Children’s” online reboot, has a music video out! The actress described the video on her official YouTube Channel as, “My weird little way of saying you’re awesome and haters aren’t.”

Debbi Morgan and Ricky Paull Goldin as co-executive producers.
“All My Children” alums Debbi Morgan (ex-Angie Hubbard) and Ricky Paull Goldin (ex-Jake Martin), along with Magilla Entertainment’s Brian Magilla, have collaborated as co-executive producers for the upcoming true life special “Meet The Benjamins.” Tune in to MTV on Saturday April 26 at 7:00 PM as two autistic brothers named Kenny and Brad set out on a mission, raising global awareness to help them and others face various challenges in life. Morgan has appeared in numerous daytime soap operas including “Y&R” as Harmony Hamilton, “B&B” as District Attorney Jennifer Tartaro, “Port Charles” and “General Hospital” as Dr. Ellen Burgess and as her Pine Valley counterpart Angie Hubbard on “Loving” and “The City.” Fans may also have spotted Goldin throughout the years as “B&B’s” Jesse Torres, “Guiding Light’s” Gus Aitoro, “Y&R’s” Gary Dawson and “Another World’s” Dean Frame.

Danny Pintauro marries Wil Tabares.
Danny Pintauro, best known for his eight year run as “Who’s The Boss'” Jonathan Bower, tied the knot with Wil Tabares, who’d he been engaged to since April 2013. People reported the couple married on Thursday April 3 during an intimate beach ceremony in Dana Point, California. Surrounded by family and friends the guys were dressed in light-colored suits and sources say that Tabares even sang to Pintauro during the reception. As for his daytime roots, longtime “As The World Turns” fans may remember him playing Paul Ryan from 1982 to 1985. Soaps.com wishes the couple a lifetime of happiness!

Catching up with Ashley L. (Cafagna) Tesoro.
Interview! “The Bold And The Beautiful” fans will remember Ashley L. (Cafagna) Tesoro for her role as Kimberly Fairchild from 1998 to 2001. Soaps.com chatted with the actress about what she’s been up to these days, which includes being a mom. “My husband Anthony and I had our first child on November 18, 2013 after 12 years of marriage. Her name is Gabriella Lyn Tesoro and she is an amazing baby! She was born 9 pounds 5 ounces with a full head of hair and big blue eyes!” Tesoro went on to talk about being a singer and her EP releases. “I am also a country and gospel singer and have recorded and released three EPs over the past several years. I recorded these albums with Grammy award nominated and multi-platinum producer Ron Aniello who is most well known for his recent work with Bruce Springsteen. He produced Bruce’s latest two albums Wrecking Ball and High Hopes. I’m currently in pre-production for some new music coming soon!” Following her time on “B&B,” Tesoro went back to school and earned college degrees in Psychology and Communications. “I am the Executive Vice President of the Tesoro Ministry Foundation, a non-profit ministry/charity organization founded by my husband Anthony in 2000. I also co-host with Anthony ‘Life Is For Living TV’ a Christian life-style & ministry web-series.” Visit their YouTube Channel Tesoro Entertainment for a look at the web-series, Tesoro’s music and special family moments with their little girl.

Danielle Paige makes New York Times Best Sellers List.
Danielle Paige, who was a script writer for "Guiding Light" from 2000 to 2001, has hit the New York Times Best Sellers List with her new young adult novel "Dorothy Must Die." During the week of April 20 Paige's book ranked at #14 and follows Amy Gumm, who leaves Kansas to head to Oz in order to help take back control of the place that Dorothy now rules - by her own set of controlling rules. The book was published on April 1 by HarperCollins and is available online and in bookstores. Back in September 2013 it was said that Producer Tim Kring had been in talks to bring Paige's story to the CW.

Matt Bomer's secret marriage.
Not only did Matt Bomer ("Guiding Light's" ex-Ben Reade) land the cover of Details magazine's May issue, he opened up to the publication about his secret marriage. The actor came out as a gay man in 2012 and revealed that he's been married to publicist Simon Halls since 2011. Together the couple shares three children, Kit (born 2005) and twins Walker and Henry (born 2008).

David Gregory and Leslie Hendrix in Vanya And Sonia And Masha And Spike.
Former daytime actors David Gregory (ex-Robert Ford, "One Life To Live") and Leslie Hendrix (ex-Judge Hannah Lampert, "All My Children") will be appearing in the comedy production of "Vanya And Sonia And Masha And Spike." The show will run from May 22 through June 15 at the Hartford Stage at 50 Church Street in Hartford, Connecticut. The story follows a self-absorbed movie star who returns to her family's farmhouse to visit her brother and sister with her 20-something boy-toy in tow. The audience will watch as this reunion quickly turns into a hilarious free-for-all. Gregory will play Spike with Hendrix in the role of Masha. Tickets start at $25 with discounts for groups available and can be purchased by calling the Hartford Stage box office at 1-860-527-5151 or by visiting the Hartford Stage.

Barbara Garrick onstage in The City Of Conversation.
Creator of "One Life To Live's" most notorious villainess Allison Perkins, Barbara Garrick will be making her way to the stage in "The City Of Conversation." The premise follows the political gains and personal losses of a political hostess named Hester Ferris and how her choices have affected her family over 30 years. Previews began on Thursday April 10 with the official opening at The Mitzi E. Newhouse Theater at 150 West 65th Street in New York City, New York on Monday May 5.

Matt Walton and Kerry Butler reunite in Under My Skin.
Former "One Life To Live" castmates Matt Walton (ex-Eli Clarke) and Kerry Butler (ex-Claudia Reston) will be taking part in the stage performance of "Under My Skin." The comedy follows what happens after New York's most eligible bachelor and a single, working mother end up experiencing each other's lives. Walton appears as Harrison Badish III with Butler as Melody Dent. Previews began on Saturday April 5 with the official opening on Thursday May 15 at The Little Shubert Theatre at 422 West 42nd Street in New York City, New York. Call 1-800-432-7780 or visit Telecharge for tickets today.

Scott Evans and brother Chris Evans play The Sibling Game.
Scott Evans ("One Life To Live's" ex-Oliver Fish) and his actor brother Chris Evan ("Captain America" franchise) recently appeared together on "The Tonight Show Starring Jimmy Fallon." Host Jimmy Fallon tested how well the siblings knew each other by asking each questions, "The Newlywed Game" style. Watch the video below, where their mother Lisa also was in attendance promising to verify if such answers were true: What did they do to get into the most trouble as kids, what movie did they want to see the most and more!

Melissa Archer invents Bag Buddy.
Soap fans remembered Melissa Archer for her longtime role on "One Life To Live" as Natalie Buchanan. These days the actress is promoting her invention the Bag Buddy. The contraption is described as a disposable, waterproof bag protector to help keep your belongings off the ground when visiting restrooms, stadiums, restaurants or anywhere you go.

Check out my invention!! Bag Buddy https://t.co/0YKfHmCiH9 While you're there give it a ? so I can get it made! It's 4 years in the works!

Dane Witherspoon passes away at 56.
A Martinez ("Santa Barbara's" ex-Cruz Castillo, "B&B's" ex-Dr. Ramon Montgomery, "One Life To Live's" ex-Ray Montez) took to his Facebook page on Saturday March 29 to inform fans that his former "Santa Barbara" co-star Dane Witherspoon passed away that morning at the age of 56. "Dane passed this morning. People who watched 'Santa Barbara' in its earliest days will remember him as Joe Perkins, a character to which he brought a quiet grace and deep, bittersweet sense of soul. He was a singular, standup guy, loved and admired by many. My first thought, upon meeting him in 1984: 'This is the most beautiful man I've ever seen.' That beauty went all the way to his core." After playing Joe Perkins in 1984 Witherspoon went on to appear on "Capital" as Tyler McCandless in 1986 and was married to (both on and off screen) Robin Wright ("Santa Barbara's" ex-Kelly Capwell Perkins) from 1986 to 1988. Soaps.com sends the actor's family and friends our deepest condolences.

Phyllis Frelich passes away at 70.
In yet another passing... Phyllis Frelich, who played "Santana Barbara's" Sister Sarah in 1988, died in her Temple City, California home on Thursday April 10 at the age of 70. The actress had been fighting a rare, untreatable, degenerative neurological disease called PSP (Progressive Supranuclear Palsy) for the last few years. Aside from her daytime role Frelich appeared in such series as "L.A. Law," "Pacific Blue," "ER" and "CSI: Crime Scene Investigation," to name a few. She also won a Tony Award in 1980 for Best Actress for Broadway's "Children Of A Lesser God." Soaps.com sends our thoughts to her husband Robert Steinberg, their children, family and friends.