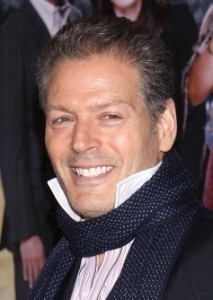 If you think your favorite stars of “The Bold and the Beautiful,” “Days of our Lives,” “General Hospital,” and “The Young and the Restless” relax when they aren’t on set, you need to read Soaps.com’s regularly updated soap opera news rooms to find out who was given special recognition, who is hosting a charity event, when you can catch them on primetime and more.

The Bold And The Beautiful:
Who is sexier – Ridge or Bill? Have fun with a “B&B” poll. And it was back in 1989 when motherless Darla Einstein first came to LA. Do you remember where she grew up? Vote about it in our Thursday Throwback Poll. Then read Candace’s weekly blog, “B&B” Breakdown, for her thoughts about Bill and Brooke’s reunion in Soaps.com’s The Bold And The Beautiful News Room.

Days of our Lives:
A former “Days” star will appear live in LA next month while another joins the cast of a new reality competition. Current cast members host a weekend to benefit a cause close to their hearts. And go way back to 1967 for our Throwback Thursday Poll when Marie Horton fell for Dr. Mark Brooks in Salem. She was devastated when she learned he was her brother. Do you remember what she did next? Vote now. And see if you agree with Christine about how the reveal of Jordan’s secrets is taking too long in her weekly blog, Deconstructing “DOOL,” all in Soaps.com’s Days of our Lives News Room.

General Hospital:
Who is the most manipulative mother in Port Charles? Vote about that, and our Throwback Thursday Poll about the time back in the late 1980s when Pauline Ravelle was sure Dr. Tom Hardy blinded her daughter Simone into marrying him and tampered with Simone’s paternity results. Do you remember how Simone handled the fallout? And check out the weekly “GH” rundown to see if you agree with Vi about Madeline and Liesl’s revealed relationship, all in the General Hospital News Room.

The Young And The Restless:
Do you like Jill and Colin together? Vote. Recognition was given to a cast member’s online project. A former actor and current guest each have a new gig. An iconic actress was honored in New York. And go back to 2001 when Tricia Denson raped Victor Newman, then accused him of rape. Do you remember what Paul found on the security tapes of the crime? Vote in our Throwback Thursday Poll. Then read Candace’s weekly Restless Rant to see if you agree with her about Lauren and Michael’s big news in Genoa City this week in The Young And The Restless News Room.