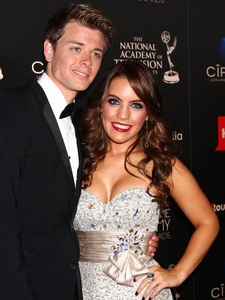 Fun in the sun with the stars of daytime.

During the weekend of Friday May 23 through Monday May 26 soap stars will gather with fans for the annual SoapFest event in Southwest Florida’s Marco Island. Various events have been planned such as A Night Of Stars (featuring autograph signings, photos, Q&A sessions and auctions), Cruisin’ Boozin’ & Schmoozin’ (a cruise around the ten thousand islands), Celebrity Karaoke Bar Bash (soap stars sing and pour drinks to raise money for kids) and much more!

Also, join in the fun and leave us your favorite memories as General Hospital celebrates its 51st anniversary.