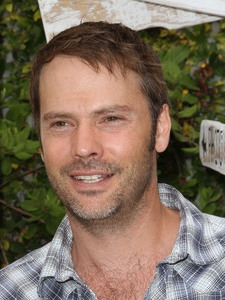 Soaps.com has contract news for the week of April 7, as well as episode teasers, casting, a concert tour with the cast of a popular ABC series, a cancellation, along with renewals, a passing and more in our latest Primetime Dish column…

Soaps.com would first like to send the family and friends of Kate O’Mara our deepest condolences. The actress, who had roles on “Dynasty” (Joan Collins’ character’s sister Cassandra ‘Caress’ Morell), “Doctor Who,” “Howard’s Way,” and many other primetime shows, passed away after a short illness at the age of 74 on Sunday March 30 in southern England.

Arrow:
On Wednesday April 9 at 8:00 PM the CW will air a repeat of its February 26 episode titled “Time Of Death.”

Brooklyn Nine-Nine:
Viewers will get to see more of Dirk Blocker (Hitchcock) and Joel McKinnon Miller (Scully) in season two, as the actors will appear in a regular capacity.

Defiance:
The Syfy series will return at 8:00 PM on Thursday June 19 with season two.

Hart Of Dixie:
Barry Watson (“Gossip Girl,” “7th Heaven”) guest stars in the CW’s Friday April 11 9:00 PM episode titled “A Good Run Of Bad Luck.” Friday episode teasers: Zoe believes she and Lavon have to fix the past before they can make things right. Wade gives Vivian’s son advice, which upsets certain people. George and Lemon find it difficult to avoid each other, and AnnaBeth gets fed up with one of Brick’s patients, Davis (Watson).

Hawaii Five-0:
TVLine is reporting that Michelle Borth, who’s played Catherine Rollins since 2010, will last be seen at the end of season four and will not return for season five. The series airs Fridays at 9:00 PM on CBS.

Helix:
Renewed! Syfy has green-lighted its freshman series for a second season. Production will begin later this year with thirteen new episodes to come in 2015.

How I Met Your Dad:
Tiya Sircar (“The Crazy Ones”) has replaced Krysta Rodriguez in the role of Juliet in CBS’ upcoming “How I Met Your Mother” spin-off series. The recast was due to changes made to the character.

Nashville:
On tour! Six actors from the ABC series will perform live in three major cities this spring. Charles Esten (Deacon), Chris Carmack (Will), Clare Bowen (Scarlett), Jonathan Jackson (Avery) and Sam Palladio (Gunnar) will put on shows in Washington, D.C., Chicago and New York City to promote the show's fourth soundtrack May 6 release date. Please note the dates and contact the venues for ticket information: Friday April 25 at Joe's Bar in Chicago, Sunday May 4 at the Lincoln Theatre in Washington, D.C. and Tuesday May 6 at Best Buy Theater in New York City. Will Chase (Luke) will only take part in the New York City show. All tickets go on sale Friday April 4.

Nurse Jackie:
Renewed! Showtime has renewed its hit series starring Edie Falco for a seventh season. Tune in for season six's premiere on Sunday April 13 at 9:00 PM, with season seven scheduled to begin filming later this year in New York.

Once Upon A Time In Wonderland:
Canceled. The ABC series aired its finale titled "And They Lived…" on April 3, which also marked the final episode, due to its cancellation.

Petals On The Wind:
Lifetime's "Flowers In The Attic" sequel will premiere at 8:00 PM on Monday May 26.

Reign:
In The CW's Thursday April 10 9:00 PM episode titled "Liege Lord," Mary and Francis set out on a dangerous plan to turn Scotland against her mother after learning a secret clause has been put into her marriage contract.

Revenge:
Read Soaps.com's Revenge Spoilers to hear what tactic Emily uses to get what she wants this time in ABC's Sunday April 6 episode titled "Addiction."

Rookie Blue:
Season five of the Canadian police drama will consist of twenty-two episodes. Beginning on Thursday July 17 ABC will air eleven episodes, with the next eleven to follow at a later date in the US.

Star-Crossed:
Someone will be sent away in the CW's April 7 8:00 PM episode titled "An Old Accustom'd Feast." Monday episode teasers: Emery is invited inside the sector to celebrate an Atrian holiday surrounding family. Sophia seeks Emery's advice for how to impress her mother. Drake learns he's been tapped to be a new undercover operative. Julia receives an offer from Eva but refuses, and Emery is confronted by Grayson.

The 100:
On Tuesday April 8 at 9:00 PM the CW will air a repeat of its April 2 episode titled "Earth Kills." Then on April 9 at 9:00 PM a new episode titled "Murphy's Law" will air. Wednesday episode teasers: Clarke and Finn bond over the death of one of their own and try to figure out a way to communicate with the Ark. Life on Earth takes a desperate turn and Bellamy works to keep the group from turning on one another, and Abby takes a chance in order to give Raven the opportunity to head back to Earth.

The Good Wife:
Matthew Goode, who plays Finn Polmar, will now appear as a series regular. Tune in to the CBS series Sundays at 9:00 PM.

The Originals:
On Tuesday April 8 at 8:00 PM the CW will air a repeat of its March 4 episode titled "Le Grand Guignol."

The Tomorrow People:
The CW will air a repeat of its March 5 episode titled "Enemy Of My Enemy" on Monday April 7 at 9:00 PM.