Reign:
On Thursday April 3 at 9:00 PM the CW will air a repeat of its February 27 episode titled "Royal Blood."

Revenge:
Read Soaps.com's Revenge Spoilers to hear what tactic Emily uses to get what she wants this time in ABC's Sunday March 30 episode titled "Addiction." The recap will be posted after the show.

Rizzoli & Isles:
Honorary episodes. Angie Harmon, who plays Detective Jane Rizzoli on the TNT series, announced on Twitter that episodes one and two of the upcoming season five will honor her late castmate Lee Thompson Young (ex-Detective Barry Frost). The actor died on August 19, 2013 from a self-inflicted gunshot wound. Tune in for new episodes beginning on Tuesday June 17 at 9:00 PM.

Star-Crossed:
It's all about making choices in the CW's March 31 8:00 PM episode titled "To Seek A Foe." Monday episode teasers: The incident with his mother leaves Grayson to continue seeking solace from Emery, who puts her relationship with Roman on hold. Lukas is rushed to the hospital after Zoe sets a trap for Taylor. Roman and Drake race to find a cure for Lukas, and Eva finds out more about Julia's recovery.

Surviving Jack:
Interviews! The FOX series, set to premiere on Thursday March 27 at 9:30 PM, is based in the 1990s. When asked what some of the executive producers' favorite memories from that decade were Bill Lawrence shared during a conference call, "I was too young to really remember it. No. I'm 45. The '90s for me were bad peroxide blond hair, and I don't mean on young women I was trying to date, I had that while I was working on 'Spin City', and it's embarrassing when I see pictures." Justin Halpern stated, "For most of the '90s, I was 5'11", 110 pounds, and I walked around like a praying mantis." Patrick Schumacker finished by adding, "I would say for a pilot that is 99% based on things that happened to Justin, the one piece from it that happened to me was the hyper-colored pit stains. I am a sweaty person."

The 100:
On Tuesday April 1 at 9:00 PM the CW will air a repeat of its March 26 episode titled "Earth Skills." Then on Wednesday April 2 at 9:00 PM a new episode titled "Earth Kills" will air: Clarke, Finn and Wells look for a seaweed antibiotic to treat Jasper's wounds. Charlotte feels safe under Bellamy's protection and joins him and his crew on a hunt for food. Clarke, Finn and Wells are forced to seek shelter inside an ancient van when an acidic fog appears, and someone is confronted surrounding a big betrayal.

The Good Wife:
Letter to fans. Many viewers were stunned when Will Gardner, a major character played by Josh Charles, was murdered in last Sunday's March 23 episode. Creators/showrunners Robert and Michelle King took to Twitter the following day to post a letter to fans surrounding the plot twist.

The Originals:
On Tuesday April 2 at 8:00 PM the CW will air a repeat of its February 25 episode titled "Long Way Back From Hell."

The Tomorrow People:
In the CW's Monday March 31 9:00 PM episode titled "Smoke And Mirrors," Stephen makes a choice about his alliances after dealing with Jedikiah's constant lies. Cara isn't pleased that Stephen wants to bring in a break-out to Ultra, and Stephen's brother disappears.

The Vampire Diaries:
On Thursday April 3 at 8:00 PM the CW will air a repeat of its February 6 episode titled "Total Eclipse Of The Heart." Stay tuned to The Vampire Diaries Spoilers for updates, including what's set to happen in the Thursday May 15 season finale.

Vikings:
Renewed! The History Channel has renewed its hit series for a third season to include ten new episodes. Tune in Thursdays at 10:00 PM as season two continues. 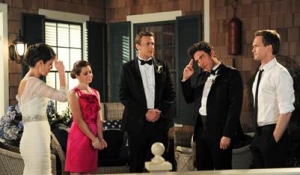 Soaps.com has numerous CBS series finale dates for the week of March 31, as well as episode teasers, casting, special episodes to honor a fallen castmate, FOX executive producers’ favorite memories from the 1990s, a “Good Wife” death explained and more in our latest Primetime Dish column…

Arrow:
Oliver’s world begins to crumble in the CW’s April 2 8:00 PM episode titled “Deathstroke.” Wednesday episode teasers: The repercussions are enormous when Slade makes his move against Oliver. A key player in Oliver’s team questions his decisions, and Isabel attempts to take Queen Consolidated away.

Cougar Town:
In TBS’ April 1 10:00 PM episode titled “We Stand A Chance,” after winning Cul-de-Sac Crew Trivia, Tom picks the group’s next vacation, which disappoints everyone. Jules fakes being healthy, leading to surprising results from her annual physical, and Bobby and Grayson become part of a break-dancing contest.

Criminal Minds:
Brian Baumgartner (“The Office”) has landed an upcoming guest role. Look for his character to be the focus of various murders. The CBS series airs Wednesdays at 9:00 PM.

I'm here working at @CrimMinds_CBS but feel very confused. This show IS a comedy, right? What's with all the blood?

Games Of Thrones:
Season four of the HBO series premieres on Sunday April 6. Here’s the latest look at what’s ahead…

Grey’s Anatomy:
Read our Grey’s Anatomy Spoilers to find out what puts the doctors down and out in ABC’s Thursday April 3 9:00 PM episode titled “You Be Illin’.” As a reminder, Soaps.com will post the recap after the show airs.

Hart Of Dixie:
In the CW’s Friday April 4 9:00 PM episode titled “Carrying Your Love With Me,” Zoe and Joel become frustrated with their home remodel, due to all the unexpected snags in their plans. Rose wants Lavon to support BlueBell being sister cities with a town in France. Wade has to play peacemaker after Lemon convinces George to help her with a business venture, and Brick discovers he has some tough competition in his quest to become BlueBell’s Man of the Year.

How I Met Your Mother:
Series finale! In Monday’s March 31 one-hour series finale titled “Last Forever Parts One And Two,” Ted finally finishes sharing the story with his kids surrounding how he met their mother. The CBS series first premiered in 2005 with 2014 being its ninth and final season. 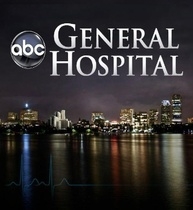 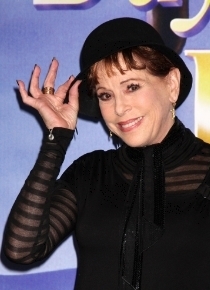