By now we hope you all had a chance to vote in our recent Soap Opera Studies Survey! If you didn’t, that’s okay, they’ll be plenty more to vote in, but now that the survey is over don’t you want to know what the results were?

Soaps.com was very interested to get a look into the soapy routine of our readers, and it’ll be exciting for everyone to discuss the results below, as to where you fell into the mix. If you didn’t have a chance to vote, feel free to leave us your answers below – just for some ending-survey fun!

Out of 1786 participants, let us run through the top three answers to each survey question…

This was a surprise for us. Though we figured Y&R would be the most watched, we assume more Days viewers took the survey than anyone else.

That’s a pretty big number for how often fans watch their show(s). We expected most to be DVR’ing all week! Boy were we wrong!

We expected most would still watch on TV. It was lovely to hear many read the updates at the same time. This is something some of us writers did when we didn’t work here!

Most viewed on television and watched updates, as we saw in the question previous, but what we didn’t say was that we found a few who started listening to soaps when they first aired on the radio.

One of the writers for Soaps.com, Allyson Wells’ grandmother, Mary Inlow, tells us that she first started listening to soap operas on the radio, before viewing them on television. Though she still watches them on television, she reminisced with us about the good old days. Mary says, “I wish they were still on the radio because TV is not always accessible. It would be fun to listen to them in the car rather than being tied down at home. Much like reading a book, with radio I had my own vision and imagination as to how the sets and cast would look and sometimes it was disappointing to see the concept did not match. I especially would like to have some on radio now with the new camera work on some of the shows.” She makes a good point that any avid reader would agree with. “On radio, you can also imagine yourself as part of the cast rather than just seeing it unfold.” One main difference in radio soaps vs television soaps is how long the storylines take to get anywhere. “I do like how the storylines would wrap up quickly on radio, rather than drag on forever, like some of them do now. I thought we’d never discover that Austin was not really Will’s father on Days!” Soaps.com is positive that many soap viewers would agree that it did take an awfully long time to find out who Will’s father was!

Mary recalls what she did while her radio soaps were on. “I would take a break from housework to listen with my mother-in-law and whoever else was around for lunch. It was a fun escape.”

Soaps haven’t changed a lot in that respect, have they? Soap lovers still utilize their stories as an escape, as even the Primetime soap viewers do!

Soaps.com wants to thank our readers for taking part in this educating survey, and we look forward to your input in all future ones!

Join The Bold and The Beautiful and The Young and The Restless Actors For Mother's Day! 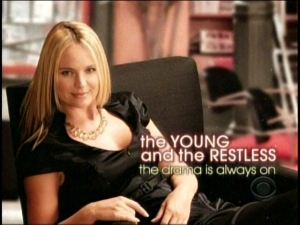