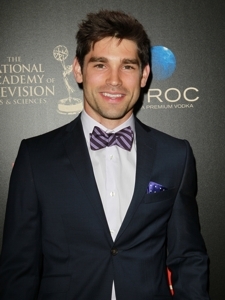 Daytime comings and goings in February featured a few very well-known names popping in for guest roles, along with some departures, recasts and new faces. Get the details below:

The Bold And The Beautiful:
In February, Taja V. Simpson appeared as Adele and “Lucky Dog’s” Brandon McMillan guest-starred on “B&B.” This month also saw the return of Hunter Tylo as Taylor, and Adam Gregory as Thomas. Viewers learned that Bob Barker of “The Price Is Right” fame would do a guest appearance on April 30 and May 1, and that Schae Harrison would return as Darla (or her ghost) on March 18, 25, and April 7. Joanna Johnson tweeted that she would be popping in as Karen Spencer again soon as well. There were no new casting calls, and no word on any of the previous roles up for grabs being cast. February also brought cross-over news. Find out which “B&B” characters will visit Genoa City through The Bold and the Beautiful Comings and Goings.

Days of our Lives:
Emily Chang returned as Helen, and Les Brandt came back as Ricardo in February. True O’Brien was cast as Paige and first airs March 3. Viewers learned that Drake Hogestyn will return on March 4 as John, Michael Benyaer will bring Dr. Chyka back on March 12, and Sierra Lynne Mills and Chanel Marriott will play ‘mean girls’ on March 10. Ivana Shein plays Nurse Sarah on March 18. In addition to previous casting calls, “Days” began looking to fill the roles of Micah, a 24 – 35 year old African American ladies man, and Shinn, a stuffy businessman in the 50-70 year age range. Also in February, Justin Gaston began playing Jordan’s brother, Ben. Find out which soap actress Gaston is linked to in real life through Days of our Lives Comings and Goings.

General Hospital:
In big February casting news, former "Knots Landing" actress, Donna Mills, joined "GH" and will be seen on air in her new role beginning March 14. Also in February, Head writer Ron Carlivati signed a new deal to stay on, Kelly Sullivan appeared as Connie in a flashback, Shirley Jones returned as Mrs. McClain, and Kimberly McCullough once again said goodbye. Rick Hearst reprised his role of Ric Lansing, Ilene Kristen appeared as Delia, and Natalia Livingston announced she would pop in as Emily's ghost. The show began looking to cast the role of Levi a 27 - 37 year-old 'cutie' who will be around for a few months. February also brought the announcement that Kristen Storms would be coming back as Maxie. Find out when she begins taping through General Hospital Comings and Goings.

The Young And The Restless:
"My Fair Wedding's" David Tutera dropped in twice in February to do some wedding planning in Genoa City, Steve Burton signed a new contract to stay on as Dylan, Tristan Rogers returned as Colin Atkinson, and David Tom came back to his former role of Billy. Chris McKenna played Detective Mark Harding during the gala hostage-taking, Stephanie Erb debuted as Dr. Janice Mead, and Robert Craighead returned as Judge Wayne. News came that Max Page was back taping scenes as Reed, as he will be coming for a visit. It was announced that Super Bowl XLVIII champion Seattle Seahawks fullback Michael Robinson would guest-star on March 13, and that ex-"All My Children's" Jill Larsen, and "B&B's" Jacob Young and Linsey Godfrey, would appear at a Spring fashion show in Genoa City in April. No new casting calls went out, but viewers learned that a former "All My Children" star had been hired to replace departing actress Cynthia Watros. Find out who will be playing Kelly through The Young and the Restless Comings and Goings.