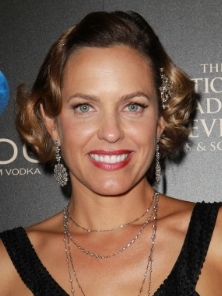 This week sees some former enemies teaming up and former lovers flaming out.

The Bold And The Beautiful:
After the wedding falls apart thanks to Katie’s collapse, a big confession manages to squash the entire mess. Bill is left running after Brooke while her daughter tries dragging her out of the disaster in LA. Meanwhile, Eric’s life keeps getting complicated. Donna kisses him and hopes for more. Pam tells him an unsettling secret and hopes for something else, but her expectations are sidelined when Taylor suddenly returns. Check out The Bold And The Beautiful Spoilers to find out what Quinn tells Wyatt about Bill.

Days of our Lives:
Jenn wants Daniel back but he has some doubts about that being a good idea. The Bradys line up around Salem for their chance to blame Nicole for Eric’s choice to leave the priesthood. Meanwhile, Brady is sure that someone is stalking him and the past comes back to bite Jordan. Read the Days of our Lives Spoilers to find out when EJ and Sami set a wedding date.

General Hospital:
Patrick and Robin are forced to make a heart wrenching choice while Silas gets some upsetting news which forces him to face his past. Across Port Charles, news of Julian’s threats to TJ spread to Sonny, Shawn and Alexis. And Kiki could be getting more than she’s bargaining for after she gets a file on her father. Read Soaps.com’s General Hospital Spoilers to find out who attacks AJ.

The Young And The Restless:
As Billy and Victoria’s marriage continues to hit the skids, Tyler and Abby keep getting closer. Over in Paris, Chloe has to face off with Victor, Kevin and Chelsea, but will they be able to talk her around? Back in Genoa City, Summer is in trouble and it’s left to Nick and Dylan to help her. Visit The Young and The Restless Spoilers and find out how things pan out for Neil and Leslie.