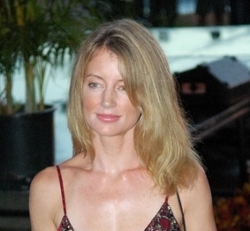 Keep up with the comings, goings, and special projects of all of the actors who have characters from Genoa City, LA, Port Charles, and Salem. Find out who can be seen in Primetime, who has a film on the horizon, and what possible recast could shake things up, all in Soaps.com’s regularly updated soap opera news rooms.

The Bold And The Beautiful:
Prepare to see a past “B&B” actress on Primetime and in a new film, while another Primetime actor shows up in town. And it was back in the early 1990s when Sheila Carter tried to be a better person for her love, Eric Forrester. She couldn’t help from resorting to blackmail to keep her past hidden. Do you remember what she used to keep Genoa City’s Lauren Fenmore quiet? Vote about it in our Thursday Throwback Poll. Then read Candace’s weekly blog, “B&B” Breakdown, for her thoughts about Hope’s growing maturity in Soaps.com’s The Bold And The Beautiful News Room.

Days of our Lives:
See which “Days” actors are tweeting from Salem. And go back to 1988 for our Throwback Thursday Poll when April Ramirez started drinking heavily. Mike Horton helped her get treatment and asked her to marry him. Vote about why she ended the engagement in Soaps.com’s Days of our Lives News Room. And see if you agree with Christine about Maggie’s emotional goodbye to Brady in Deconstructing “DOOL.”

General Hospital:
Will they recast Jason Morgan? See a few fan favorites sing live in California. A former “GH” doctor is scheduled to update Oprah on what he’s been up to. Then, vote in our Throwback Thursday Poll about the time back in 1981 when Victor Cassadine worked with his brothers to freeze Port Charles with a weather machine. Do you remember who he was dating at the time? And see if you agree with what Vi had to say about Dr. O’s mysterious past with Victor Cassadine, all in the General Hospital News Room.

The Young And The Restless:
A current and former cast member can be seen together in an upcoming horror film, and another regular can soon be seen in Primetime. And go back to the late 1970s when Lance Prentiss married Lorie Brooks despite his mother Vanessa’s disapproval. Do you remember how Vanessa got the scars on her face? Vote in our Throwback Thursday Poll. Then read Candace’s weekly Restless Rant to see if you feel the same about Noah’s reaction to Courtney’s true identity in The Young And The Restless News Room.

Get the latest news from all of the Primetime shows, and learn how you can see your favorite soap stars in person, like B&B’s Scott Clifton and Y&R’s Doug Davidson at Diva’s Day Out in Soaps.com’s Latest News Room.