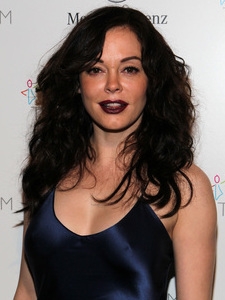 Soaps.com has video previews of two new series for the week of February 3, as well as episode teasers, casting, a series finale, “Grey’s” contract news, a “Game Of Thrones” special, Emmy details and more in our latest Primetime Dish column…

Arrow:
In the CW’s Wednesday February 5 8:00 PM episode titled “Heir To Demon,” Oliver and Lance are reunited with Laurel and Dinah after trying to convince Sara to stay in Starling City. Nyssa kidnaps Dinah after Sara refuses to come back to the fold, which leaves Sara reconsidering her options.

Attack The Block:
On Friday February 7 at 8:00 PM the CW will air the 2011 movie surrounding a South London teen gang that defends their block from aliens. Jodie Whittaker (“The Assets”), John Boyega (“Becoming Human”), Alex Esmail (“Switch”) and Franz Drameh (“Some Girls”) star. The movie will repeat on Tuesday February 11 at 8:00 PM.

Banshee:
Renewed! Cinemax has announced it has renewed its series for season three, which will premiere in 2015. For now, in the Friday February 7 10:00 PM episode titled “The Truth About Unicorns,” Lucas and Carrie take a detour on their drive back to Banshee, which has him considering moving on, and Agent Racine thinks back on a case that has haunted him for years.

Beauty And The Beast:
In the CW’s February 3 9:00 PM episode titled “Recipe For Disaster,” Cat and Vincent rush to save a kidnapped J.T. but Tori’s interference causes fatal consequences. J.T. is rescued, and one might have insight about Vincent’s past.

Bones:
Renewed! Kevin Reilly, Chairman of Entertainment, Fox Broadcasting Company announced that the network has renewed its series for a tenth season. “Over the course of nine seasons, ‘Bones’ has grown from a hit crime procedural into a beloved pillar of our lineup that resonates with fans in a way that only the best of shows can,” said Reilly. “Our viewers have embraced Emily, David and the entire cast and characters of ‘Bones’ as their very own, and I think they are going to love what Hart Hanson and Stephen Nathan have planned for Season 10!” Beginning on March 10 at 8:00 PM the show will return to Mondays.

Cougar Town:
In TBS’ February 4 10:00 PM episode titled “Hard On Me,” Andy tries to salvage his reputation after an unflattering article is published. Jules helps her dad relive his coaching days by asking to help get the crew in shape, and Grayson’s commercial dream job isn’t what he expected.

Game Of Thrones:
On Sunday February 9 at 8:45 PM HBO will air a special fifteen-minute presentation titled “Game Of Thrones Ice And Fire: A Foreshadowing.” Viewers will be treated to a look back and a look forward to season four with clips from upcoming episodes, cast interviews, behind the scenes footage and fan questions answered by the show’s talented actors.

Grey's Anatomy:
Read our Grey's Anatomy Spoilers to find out which two big stars signed on for two more years with the ABC series, which returns with new episodes on February 27.

Grimm:
Mary Elizabeth Mastrantonio will return for multiple episodes this spring as Kelly Burkhardt. She was last seen on November 29, 2013. The NBC series airs Fridays at 9:00 PM.

Hannibal:
Katharine Isabelle ("Being Human") has been cast to play the role of Margot. Season two of the NBC series returns at 10:00 PM on Friday February 28.

Hart Of Dixie:
It's all about honesty in the CW's February 3 8:00 PM episode titled "You Should've Been A Cowboy." Monday episode teasers: Zoe and Joel purchase a house and realize they don't make enough money to fix it up. Brick presents Zoe with a proposition and offers to help. Joel follows Wade around for research on his novel but ends up in trouble when Wade runs off to the bar, and AnnaBeth throws a last-minute bachelorette party in order to mask her feelings.

Haven: Renewed!
SyFy has green-lighted its series for season five, which will include twenty-six episodes. Thirteen will play out this fall with the second half to follow in 2015. Emily Rose, who plays Audrey Parker, tweeted:

Looking:
In HBO's Sunday February 9 10:30 PM episode titled "Looking For $220/Hour," Patrick and Kevin spend their Sunday away from the office but are interrupted by a call from Kevin's boyfriend. Patrick joins Agustín, Doris and Hugo at the Folsom Street Fair, and Dom asks Lyn out to lunch.

Once Upon A Time:
Rose McGowan will return to the series as a young Cara in episode eighteen. Tune in on Sunday March 9 as season three resumes with episode twelve.

Reign:
In the CW's Thursday February 6 9:00 PM episode titled "Inquisition," Queen Catherine is accused of treason and adultery and sets out to expose Bash's dark past. In turn, Mary and Bash plan to expose a deadlier secret from Catherine's past, and everyone's shocked by Nostradamus' revelation regarding the castle ghost.

In casting news… Kathryn Prescott ("Skins") will appear in a recurring role as a kitchen servant named Penelope.

Revenge:
Read Soaps.com's Revenge Spoilers to find out who's been cast to play Margaux's father. The ABC series returns at 10:00 PM on Sunday March 9.

Scandal:
Casting call! The ABC series has put out a casting call for the role of President Fitzgerald (Tony Goldwyn) and Mellie Grant's (Bellamy Young) kids. Jerry is described as a quiet, smart and intense fifteen year old, while his younger sibling Kate acts much older than her years. New episodes return at 10:00 PM on Thursday February 27.

Star-Crossed:
New series! On Monday February 17 at 8:00 PM the CW will bring viewers a new science-fiction series that follows a romance between a human girl and an alien boy. Intrigued? Watch the preview below for a look at what's ahead.

Supernatural:
In the CW's Tuesday February 4 9:00 PM episode titled "The Purge," Sam and Dean go undercover at a day spa to investigate murder victims who were found hundreds of pounds lighter after their deaths. Suspecting witches are involved, Sam poises as a fitness instructor, with Dean as a kitchen worker.

The 100:
New series! Tune in Wednesday March 19 at 9:00 PM for the premiere of the new CW series. Watch a video preview of what to expect from the American post-apocalyptic drama.

The Crazy Ones:
Fans of the 70s/80s series "Mork & Mindy" will get a treat when Pam Dawber (ex-Mindy) reunites with Robin Williams (ex-Mork) later this season on the series. Look for Dawber to play a free-spirited author who goes on a date with Simon Roberts (Williams). Until then tune in to CBS Thursdays at 9:00 PM.

The Mentalist:
Pedro Pascal ("Games Of Thrones") will first appear in his recurring role as FBI Agent Marcus Pike in episode sixteen. The CBS series returns with episode thirteen on Sunday March 9.

The Millers:
Brandon Routh ("Superman Returns," ex-Seth, "One Life To Live") will appear in a guest-starring role as a police officer on February 6. Also, Jeffrey Tambor ("The Good Wife," "Arrested Development") will guest star as Nathan (Will Arnett) and Ray's (J.B. Smoove) station owner Ed Dolan. Keep an eye out for his upcoming appearance and tune in to the CBS comedy Thursdays at 8:31 PM.

The Originals:
On Tuesday February 4 at 8:00 PM the CW will air a new episode titled "Crescent City." Read our The Original Spoilers to find out who makes a shocking discovery at the cemetery, who finds themselves in trouble and more!

The Tomorrow People:
In the CW's Wednesday February 5 9:00 PM episode titled "Things Fall Apart," Stephen has to face The Founder after Jedikiah goes back on his word and has to make a dangerous deal. Cara issues a harsh and unexpected punishment when John and Cara clash, and a surprising secret is revealed surrounding Stephen's mom.

The Vampire Diaries:
On Thursday February 6 at 8:00 PM the CW will air a new episode titled "Total Eclipse Of The Heart." View our The Vampire Diaries Spoilers to find out why Tyler begins to worry about Matt, who Damon and Enzo need to convince to help them and more!

Read Soaps.com's After The Soap Finales: Where Are They Now for detals on "Guiding Light" alum (ex-Daisy) Bonnie Dennison in FOX's new untitled pilot.