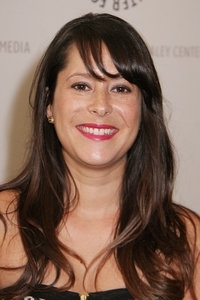 There have been lots of comings and goings in Genoa City, LA, Port Charles, and Salem lately. Catch up with who is leaving, when to expect new faces on each of our favorite soap operas, and who can be found in Primetime and beyond in Soaps.com’s regularly updated soap opera news rooms.

The Bold And The Beautiful:
Read about your favorite “B&B” characters in new fiction. And it was back in the early 1990s Ridge Forrester and Taylor Hayes put their stamp on St. Thomas during a return trip. Do you remember what they did? Vote about it in our Thursday Throwback Poll. Then read Candace’s weekly blog, “B&B” Breakdown, for her thoughts about Wyatt and Hope’s #HOTTroadtrip in Soaps.com’s The Bold And The Beautiful News Room.

Days of our Lives:
Fans can expect more time in Salem, but not with a longtime fan favorite. A former resident has been cast in the new sci-fi series “Parallels.” A beloved Llanview actress is rumored to be heading to “Days.” And go back a decade to 2004 for our Throwback Thursday Poll when Tony DiMera held Marlena and Roman captive. Vote about which women Roman slept with once they were set free in Soaps.com’s Days of our Lives News Room. And see if you agree with Christine that the news of Alison Sweeney’s upcoming departure changes how she feels about Sami’s current storyline in Deconstructing “DOOL.”

General Hospital:
Find out when a star from “One Life To Live” returns to Port Charles, and when a recently-returned fan favorite is set to leave. An iconic actress was tapped for a new role in town. An ex-“GH” bad boy will regularly appear as a Primetime werewolf. Then, vote in our Throwback Thursday Poll about the time back in 1969 when Audrey was raped by Tom Brady, who then kidnapped their son. Do you remember when the child was returned to Audrey? And see if you agree with what Vi had to say about Sabrina’s demand that Elizabeth keep her secret in her weekly “GH” Rundown, all in the General Hospital News Room.

The Young And The Restless:
A date has been announced for when you can see a Port Charles Transplant premiere in Genoa City. A fan favorite celebrated an on-set milestone. There is happy baby news for one of the show’s stars. And go back to the 1970s when Chris Brooks was raped by George Curtis. Do you remember if he was ever found guilty? Vote in our Throwback Thursday Poll. Then read Candace’s weekly Restless Rant to see if you feel the same about Summer’s pill popping and the secret of her paternity in The Young And The Restless News Room.

Learn when your favorite Primetime shows will air new episodes, catch up on the soap operas, and watch The Walking Dead’s new trailer in Soaps.com’s Latest News Room.