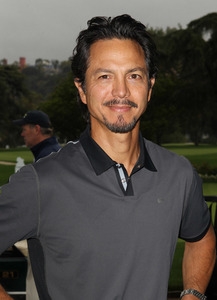 Soaps.com has a former “General Hospital” actor cast in two popular vampire series for the week of January 27, as well as episode teasers, another soap opera alum can still be seen on Lifetime despite a cancellation, an interview with Greg Kinnear and more in our latest Primetime Dish column…

24: Live Another Day:
Benjamin Bratt (“Modern Family”) has landed the role of Steve Harris, a commander for the CIA operation in London that is pursuing Jack, a fugitive from justice. Also look for Tate Donovan (“Hostages”) as White House Chief of Staff Mark Boudreau. The upcoming FOX series will premiere with a special two-hour event on Monday May 5 at 8:00 PM then move to its permanent time slot on Monday May 12 at 9:00 PM.

Arrow:
In the CW’s Wednesday January 29 8:00 PM episode titled “Tremors,” Arrow offers to train Roy to control his newfound super-strength. Roy will only listen if Arrow reveals his true identity. The Bronze Tiger escapes and plans to sell Malcolm’s earthquake machine to the highest bidder. Roy puts everyone in danger when he gets in the way of Oliver, Diggle and Felicity’s attempt to stop the transfer. Laurel spirals out of control. Walter’s reason for asking Moira out to dinner surprises her, and Thea encourages a reconciliation between her mother and Walter.

Beauty And The Beast:
On January 27 at 9:00 PM the CW will air an episode titled “Held Hostage.” Monday episode teasers: Cat, Tori and Tess are taken hostage at the precinct by a group of criminals looking to steal a rare necklace. Vincent might be their only hope and is forced to make a decision that could reveal his true identity.

Cougar Town:
In TBS’ January 28 10:00 PM episode titled “The Trip To Pirate’s Cove,” Buccaneer Week turns the town of Gulf Haven into a pirate’s cove. Andy asks Ellie to use her charm to appeal to tourists. Jules cannot get enough of ‘Chellie’, Charming Ellie, and Laurie plans to increase sales by baking ‘naughty cakes’.

Dallas:
Visit our Dallas Spoilers to watch a promo video for the TNT series’ season three return on February 24. Soaps.com will post recaps after each weekly episode.

Drop Dead Diva:
Former “All My Children” actor Colin Egglesfield (ex-Josh) may no longer be seen on “The Client List” due to its recent cancellation but he’s landed a guest-starring role on Lifetime’s sister series and will appear in the season six premiere. Margaret Cho, who plays Teri Lee, tweeted the news. Stay tuned for the show’s 2014 return date.

Enlisted:
Beginning on Friday January 24 the FOX series will move to its new 9:00 PM timeslot.

Hart Of Dixie:
It’s all or nothing in the CW’s January 27 8:00 PM episode titled “One More Last Chance.” Monday episode teasers: Lavon tries to convince the Lt. Governor that BlueBell should be deemed a historic town. Zoe’s relative, who does not like New Yorkers, just might be Zoe and Joel’s best option when it comes to a place to live. Wade realizes he has a long way to go in order to win over Vivian’s son, and Lynly’s trust issues start to create tension between her and George.

Raising Hope:
Starting on Friday January 24 the FOX series will air in the 9:30 PM timeslot.

Rake:
Interview! Soaps.com sat in on a conference call with Greg Kinnear, who’s set to star as Keegan Joye in the new FOX series. When asked how he compares to his character Kinnear stated, “We’re both horrible gamblers. The most obvious connection is that I have no skills in that department and he seems to be tortured by his own lack of ability as well. But, I don’t know, I mean, similarities; the truth is I don’t know that there’s a lot. I think it’s what really attracted me to the character when I saw the Australian show and kind of the zone they were playing in, not only the ensemble nature of the show, but just this, Keegan himself with the inability to not get out of his own way and his kind of needs and wants and addictions all sort of snowballing around him constantly and just that notion of two steps forward, three steps back seemed like a fun zone to play in. Not that I don’t have my own little bag of self-destructive traits. We all do, but he has them in such a flawless rate, such an ease of his ability to miscalculate and to set off little personal landmines around his life so regularly that it really seemed like a fun area to play around in. I hadn’t played an attorney before so one that was dealing with that kind of world seemed like a great plan.” Tune in tonight Thursday January 23 at 9:00 PM for the series premiere.

Ravenswood:
In ABC Family’s Tuesday January 28 9:00 PM episode titled “Along Came A Spider,” an arrest is made in the homicide of Luke and Olivia’s dad, and Caleb makes plans for school.

Reign:
In the CW’s Thursday January 30 9:00 PM episode titled “Sacrifice,” Queen Catherine is suspected of orchestrating a plot to kill Bash and is blackmailed by Lola, and Mary offers to help free an imprisoned pregnant peasant who has a mysterious tie to Bash.

Revenge:
Read Soaps.com’s Revenge Recaps while you wait for the show to return from its winter break on March 9 with the episode titled “Payback.”

Supernatural:
In the CW's Tuesday January 28 9:00 PM episode titled "Sharp Teeth," Sam and Dean go to check on Garth in the hospital. After Dean demands to know where Garth's been, Garth makes a getaway. Sam and Dean begin investigating why Garth would run off and are shocked by what they uncover. This episode repeats on Friday January 31 at 9:00 PM.

The Carrie Diaries:
Season finale! There's a bump in the road in the January 31 8:00 PM CW episode titled "Run To You." Friday finale episode teasers: There's a lot of tension between Carrie and Tom. Larissa and Sebastian both have confessions for Carrie. Maggie thinks Pete is cheating on her but things aren't all black and white. Mouse and West are caught up in a sticky situation. Samantha debates leaving the city, and Larissa's wedding to Harlan is fabulous.

The Fosters:
Jamie McShane ("Southland") will be seen in the recurring role of Callie and Jude's father. Stay tuned to ABC Family Mondays at 9:00 PM.

The Originals:
On Tuesday January 28 at 8:00 PM the CW will air a new episode titled "Dance Back From The Grave." Read our The Originals Spoilers to find out who comforts Marcel, who gets into a confrontation with Klaus and more!

In casting news… Not only has he been cast on "True Blood," "General Hospital" alum (ex-Ethan) Nathan Parsons has been cast on The Originals as well.

The Tomorrow People:
Something is off in the CW's Wednesday January 29 9:00 PM episode titled "Sitting Ducks." Wednesday episode teasers: Hillary has a secret agenda and makes Stephen uneasy. Stephen's mom wants the family to go camping with her and Peter, and Cara and John are asked to make sure everything is okay with Astrid while Stephan's out of town.

The Vampire Diaries:
On Thursday January 30 at 8:00 PM the CW will air a new episode titled "The Devil Inside." View our The Vampire Diaries Spoilers to find out who makes a shocking confession to Elena, what Ezo asks of Damon and more!

The Walking Dead:
AMC released a new trailer for its series' mid-season return at 9:00 PM on Sunday February 9.

Read all about the soap opera stars in Beacon Hill The Series and watch a behind the scenes video on how they ended up with their online roles.

Sofia Laine: 5 Things About Vanessa Bryant’s Mom Who Claims She Was Kicked Out Of Her House