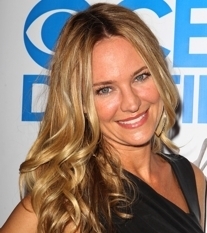 While things have been heating up on the sets of Genoa City, LA, Port Charles, and Salem, our favorite soap stars from each of the shows have been busy off screen as well. Get to know what they have all been up to every week in Soaps.com’s regularly updated soap opera news rooms.

The Bold And The Beautiful:
A former “B&B” actress obtained her US citizenship. A soap opera veteran filed a restraining order against his neighbor. And it was all the way back to the 1960s in LA when Jackie Payne did what she had to in order to support her son Nick. Do you remember what she did? Vote about it in our Thursday Throwback Poll. Then read Candace’s weekly blog, “B&B” Breakdown, for her thoughts about the pressure Quinn put on Charlie in Soaps.com’s The Bold And The Beautiful News Room.

Days of our Lives:
The actor who plays a “Days” bad boy showed up in Primetime. A diva stretches her comedic chops. And soap stars from Salem are set to meet fans in Boston and Atlanta. Then go back to 1991 for our Throwback Thursday Poll when Ginger Dawson came to Salem to find work. Vote about what happened at Julie’s party where Ginger got her first lead in Soaps.com’s Days of our Lives News Room. And see if you agree with what Christine has to say about the big proposal in Deconstructing “DOOL.”

General Hospital:
A former Port Charles actor was cast on “True Blood.” Fans get a chance to build a home alongside the cast of “GH.” Then, vote in our Throwback Thursday Poll about the time in 2002 when Laura returned to town for a very special event. Do you remember what it was? And see if you agree with what Vi had to say about Carly and Heather’s boathouse bonding session in her weekly “GH” Rundown, all in the General Hospital News Room.

The Young And The Restless:
A fan favorite will be participating in a charity event. Go back to 1994 when Phyllis got behind the wheel of a rental and tried to run down Paul and Christine. Do you remember how Christine realized Phyllis was the culprit? Vote in our Throwback Thursday Poll. Then read Candace’s weekly Restless Rant to see if you feel the same about Nikki and Victor’s continued friction over Dylan in The Young And The Restless News Room.

Learn the most recent Primetime dish, get the latest on soap opera renewed contracts, and read about soap stars in Beacon Hill The Series in Soaps.com’s Latest News Room.