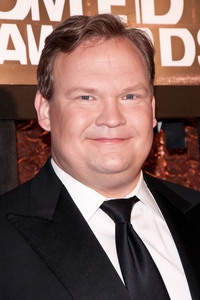 Soaps.com has a special 100th episode for the week of January 20, as well as casting, a HBO renewal and cancellations, a popular sequel is being planned and more in our latest Primetime Dish column…

24: Live Another Day:
Yvonne Strahovski (“Dexter,” “Chuck”) has been cast to play a CIA operative named Kate Morgan. The FOX series premieres with a two-hour special on Monday May 5 at 8:00 PM and will move to its regular 9:00 PM time slot thereafter.

Beauty And The Beast:
On January 20 at 9:00 PM the CW series will showcase Vincent, who reveals his identity to the world. In the episode titled “Ancestors,” Vincent reveals he’s alive on a national talk show. Cat takes on an undercover case for FBI Agent Dana Landon, and Vincent and Cat are forced to work together when they come face to face during a heist.

Boardwalk Empire:
Canceled. HBO announced that the upcoming season five will be the very last for its series. Fans can expect the show to end sometime this fall.

Cougar Town:
In TBS’ January 21 10:00 PM episode titled “Depending On You,” Grayson and Jules are invited to a wedding for someone they hardly know on the same night of Grayson’s roller-hockey finals. Jules accepts the invite. Bobby learns that Dog Travis had puppies, and Tom’s recreation of the neighborhood, including the lifelike dolls of its residents, is revealed to all involved.

Enlisted:
Brandon Routh (ex-Seth, “One Life To Live,” “Superman Returns”) announced during a red carpet event that he’s landed a recurring role on the FOX series. Stay tuned for more details as they come and tune in Fridays at 9:30 PM.

While I’m not in tonight’s @ENLISTEDonFOX, it’s a really great new comedy & has my stamp of approval!!! —I will appear in a few future eps.

Girls:
Renewed! The HBO series has been renewed for a fourth season, which will premiere in 2015. In Sunday’s January 26 10:00 PM episode titled “Deep Inside,” an untimely death appears to have Hannah concerned about her eBook deal. Jessa locates someone she thought had died, and Charlie’s online video horrifies Marnie.

Hart Of Dixie:
There is no business like show business in the CW’s January 20 8:00 PM episode titled “Star Of The Show.” Monday episode teasers: Brick nominates Zoe to help save the day in regards to the local cabaret. Lemon and AnnaBeth help motivate Lavon to fight against the possible merger with Fillmore. Lynly keeps a close eye on George and becomes more jealous of his friendship with Tansy, and Wade is excited yet concerned about his new romance.

Flowers In The Attic:
On the heels of Lifetime’s January 18 premiere of the made for television series, based on the book by V.C. Andrews, the network announced that a sequal for book two, “Petals In The Wind,” is in the works. Stay tuned!

Mad Men:
The AMC series will air the first part of season seven, to include seven episodes, on Sunday April 13 at 10:00 PM. The second half of the final season will resume in the spring of 2015.

Ravenswood:
In ABC Family's Tuesday January 21 9:00 PM episode titled "I'll Sleep When I'm Dead," Remy's visit to a sleep clinic is both insightful and dangerous. Olivia becomes suspicious of Springer. Caleb gets a history lesson from Mr. Price, and Miranda deals with the aftermath of leaving Colin's house.

Reign:
In the CW's Thursday January 23 9:00 PM episode titled "For King And Country," Mary and Bash are forced to return to the castle and find Catherine is even more determined to keep Mary and Francis apart, and Francis' determination to wed Mary causes issues surrounding love, politics, tearing bonds apart and more.

Revenge:
Karine Vanasse, who has played Margaux LeMarchal since 2013, has been promoted to a series regular. Read Soaps.com's Revenge Spoilers to find out what threatens to ruin everything Emily's worked for in ABC's Sunday January 19 episode titled "Hatred." We also post weekly recaps after each episode airs.

Sean Saves The World:
Andy Richter ("Arrested Development") has landed a guest-starring role as a senatorial candidate in an upcoming episode of the NBC series. Keep an eye out Thursdays at 9:00 PM.

Supernatural:
Timothy Omundson ("Psych") guest stars in the CW's Tuesday January 21 9:00 PM episode titled "First Born." Tuesday episode teasers: Crowley looks to Dean for help finding the only blade that can kill Abbadon in an attempt to reclaim his place as King of Hell. It is revealed that Cain (Omundson) has the blade. Castiel notices something about Sam that will help them track Gadreel, but the procedure could cost Sam. This episode will repeat on Friday January 24 at 9:00 PM.

The Big Bang Theory:
"Star Wars" alums James Earl Jones, who voiced Darth Vader, and Carrie Fisher, who played Princess Leia, will guest star in an upcoming episode of the CBS series. Tania Raymonde ("Lost") will also appear in a guest-starring role, set to air in February. Tune in Thursdays at 8:00 PM.

The Carrie Diaries:
It'll be a night to remember in the January 24 8:00 PM CW episode titled "This Is The Time." Friday episode teasers: Carrie, Mouse, Maggie, and Walt plan to attend their senior prom at The Waldorf Astoria together. Carrie rethinks her plans for the following year after receiving an opportunity from Larissa. Mouse uncovers Donna's secret, which could threaten her reign as queen bee, and Sebastian keeps a secret of his own from Carrie.

The Newsroom:
Canceled. Though the HBO series will return for season three, it will be its last. Production will begin this spring with the final season set to air in the fall.

The Originals:
On Tuesday January 21 at 8:00 PM the CW will air a new episode titled "Apres Moi, le Déluge." Read our The Original Spoilers to find out who becomes violently ill, who rushes to save someone and more!

The Tomorrow People:
There's a blast from the past in the CW's Wednesday January 22 9:00 PM episode titled "Rumble." Wednesday episode teasers: Jedikiah tests Stephen and the other trainees to see who is worthy of becoming an Ultra agent. Someone from Cara's past appears. Russell's latest mission could cause issues between Tomorrow People groups, and John tackles a new break-out.

The Vampire Diaries:
100th episode! On Thursday January 23 at 8:00 PM the CW will return with a new episode titled "500 Years Of Solitude." View our The Vampire Diaries: Spoilers to find out whose health takes a turn for the worse, what has Caroline mortified and more!

Under The Dome:
The CBS series will return with season two on Monday June 30 at 10:00 PM.

Read about Kristoff St. John's NAACP Image Award Nomination and find out which other Daytime stars he's up against.