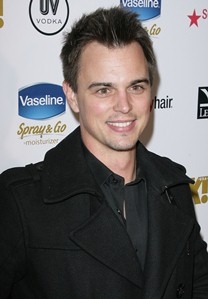 So many secrets, so little time.

Many truths are sought this week and some are revealed, including the ones about why a number of characters have returned to their old stomping grounds.

Days of our Lives:
Sami overhears something surprising, Abigail gets a warning from Jennifer to stay away from EJ, and Theresa gets more than she bargained for when she realizes Brady’s drunk. The Days of our Lives Spoilers tell us that someone returning to Salem recognizes Jordan.

General Hospital:
The worst is feared when something is found in Carly’s trunk, Patrick questions Sabrina, and someone questions Morgan’s loyalty. Soaps.com’s General Hospital Spoilers indicate that someone comes back home to Port Charles.

The Young And The Restless:
Jack’s curious about whatever Victor has on Adam, a disagreement with Fen brings Summer down, and Jack’s news upsets Sharon. Visit The Young and The Restless Spoilers and learn what Billy realizes about Adam in Genoa City.

Read Soaps.com’s Weekly Soap News featuring updates from the latest soap blogs and news of Darin Brooks’ return to Super Fun Night in Primetime. Read last week’s Revenge Recap: Homecoming to find out what Emily remembered about her shooting last week and return to Soaps.com for a recap after tonight’s episode.