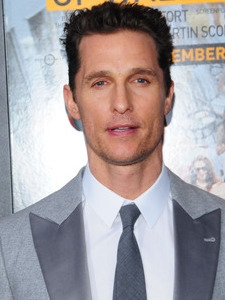 Soaps.com has episode teasers for a number of returning CW shows during the week of January 13, as well as casting, a TVGN marathon, Bruce Springsteen rocks a popular CBS show, an awards show alert and more in our latest Primetime Dish column…

Arrow:
In the CW’s Wednesday January 15 8:00 PM new episode titled “Blast Radius,” bombs start to go off in Starling City, which leaves Oliver tackling a new threat. Mark Sheffner is revealed by Felicity to be the man setting off the bombs. Arrow is tricked by Shrapnel. Diggle races to prevent any further damage. Thea demands answers from Roy after she witnesses his super strength in action at the rally. Laurel becomes more suspicious of Sebastian and turns to Arrow for help.

Beauty And The Beast:
On January 13 at 9:00 PM the CW series returns with a new episode titled “Don’t Die On Me.” Monday episode teasers: A new, unexpected mystery is revealed when Cat helps protect Tori. Vincent’s interference results in life-changing consequences, and Cat and Gabe grow closer.

Cougar Town:
In TBS’ January 14 10:00 PM episode titled “Like A Diamond,” Jules lets her car insurance lapse and ends up in an accident with an attractive man named Sam (Matthew Perry). Jules notices her wedding ring has fallen off and accepts Sam’s offer to go on a date. Bobby prepares for a big snowstorm, but Travis worries his dad will be disappointed since the weather only calls for a 10% chance of snow.

Game Of Thrones:
Michiel Huisman, who will appear as Daario Naharis in season four, could also return as a series regular in season five. The series will return with season four at 9:00 PM on Sunday April 6.

Girls:
In HBO’s Sunday January 19 10:00 PM episode titled “She Said OK,” Hannah offers Adam’s sister a place to stay, even though he protests. Marnie’s control-freak ways reach an all-time high at Hannah’s birthday party, and Ray has a hard time keeping his cool around Shoshanna at the new restaurant.

Glee:
Visit our Glee Spoilers to watch a promo video of the show's winter return episode titled "Frenemies," which airs on Tuesday February 25.

Hart Of Dixie:
On January 13 at 8:00 PM the CW will air a new episode titled "Something To Talk About." Monday episode teasers: Zoe plans to stop Wade from dating someone close to her. Lavon asks for George's help to prevent BlueBell and another town from merging. Zoe creates a scandalous distraction surrounding Joel and AnnaBeth in order to keep the town in the dark about the possible merge, and someone from Brick's past resurfaces.

Mystery Girls:
ABC Family will bring viewers a new series starring and produced by former "90210" alums Tori Spelling and Jennie Garth. The series will follow two former detective TV show stars, Charlie Contour (Garth) now a suburban housewife and mother, and Holly Hamilton (Spelling) who longs to be back on TV. Both will be brought back together by a real-life mystery. Look for the show to premiere sometime in 2014.

Ravenswood:
In ABC Family's Tuesday January 14 9:00 PM episode titled "Home Is Where The Heart Is - Seriously Check The Floorboards," Caleb doesn't know how to react when his father appears for a visit. A sinister discovery is made in the Matheson home, which prompts an appearance from the police. Miranda uncovers more surrounding Mrs. Grunwald, and Remy is forced to cope with the aftermath of her dreams.

Reign:
On Saturday January 18 the TVGN will air back to back episodes of the CW series starting with its premiere beginning at 2:00 PM. Then stay tuned for its return to the CW on Thursday January 23 at 9:00 PM. Watch a video preview below:

Revenge:
Read Soaps.com's Revenge Spoilers to find out which actors will appear, and as who, in ABC's Sunday January 19 episode titled "Hatred." We also post weekly recaps after each episode airs.

Sons Of Anarchy:
TV Line is reporting that Drea de Matteo, who's played Wendy Teller since 2008, has been bumped up to a series regular. The seventh and final season will premiere on FX this fall.

Supernatural:
In the CW's Tuesday January 14 9:00 PM new episode titled "Road Trip," Dean vows to find the angel that killed Kevin in order to free Sam and seek revenge. In an attempt to expel Gadreel, Castiel suggests they separate Sam's brain from the angel's, but the only person who can do it is Crowley. This episode will repeat on Friday January 17 at 9:00 PM.

The Carrie Diaries:
It's all about killer instincts in the January 17 8:00 PM new CW episode titled "Hungry Like The Wolf." Friday episode teasers: Carrie tries to cover for Bennet, who starts slacking at work, but things backfire when Larissa finds out. Samantha makes a surprising decision in regards to her latest fling. Sebastian's future could be changed forever, due to a favor his father asks of him, and a beautiful lawyer tricks Tom.

The Good Wife:
Tracks from Bruce Springsteen's new album "High Hopes" will be featured in CBS' Sunday January 12 9:00 PM episode titled "We Are The Juries." Tune in to hear the singles by the legendary artist titled "High Hopes," "Hunter Of Invisible Game" and "The Ghost Of Tom Joad."

The Originals:
On Tuesday January 14 at 8:00 PM the CW will air a new episode titled "Casket Girls." Read our The Original Spoilers to find out who forms an unlikely alliance and more!

The Tomorrow People:
In the CW's new Wednesday January 15 9:00 PM episode titled "The Citadel," Stephen believes he has a clue to what happened to his father but others aren't quick to believe him. The Tomorrow People make a decision about their future after receiving news from John, and Stephen and his brother Luca are introduced to the new man in their mother's life.

The Vampire Diaries:
Don't forget, the CW returns with all new episodes on Thursday January 23 at 8:00 PM. View our The Vampire Diaries Spoilers to watch a spoiler video of the episode titled "500 Years Of Solitude."

Read Soaps.com's After The Soap Finales: Where Are They Now to view photos of "One Life To Live" alum (ex-Viki) Erika Slezak's Manhattan Co-op, which is currently for sale.