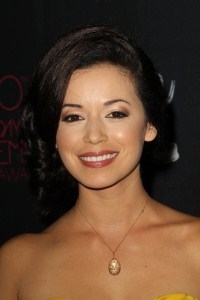 Get to know your favorite soap stars outside the sets of Genoa City, LA, Port Charles, and Salem. Whether they have booked a Primetime gig, reached out to help in their communities or just have some personal news to share, you can get it all in Soaps.com’s regularly updated soap opera news rooms.

The Bold And The Beautiful:
It was 1997 and both Ridge and Brooke were getting married to different people. Do you remember if one of them stopped the other one’s wedding? Vote about it in our Thursday Throwback Poll. Then read Candace’s weekly blog, “B&B” Breakdown, for her thoughts about Hope and Wyatt’s Hawaiian adventure in Soaps.com’s The Bold And The Beautiful News Room.

Days of our Lives:
Go back to 2000 for our Throwback Thursday Poll when Brady Black returned to Salem from a college break. Vote about what Marlena did to him in Soaps.com’s Days of our Lives News Room. Then read Dustin’s thoughts about the year-end countdown at Salem’s happening club TBD in his guest blog, Deconstructing “DOOL.”

General Hospital:
A change has been made in how you can watch episodes of “GH” the day after it first airs. The actress who plays a pregnant Port Charles resident also has real life baby news, while a former actress from the show tied the knot with a musician in Tennessee. And a former show actor has co-authored a new e-book series. Then, vote in our Throwback Thursday Poll about the time in 1982 when a party got out of control down at the wharf. And see if you agree with what Vi had to say about Silas and Sam finally hitting the sheets in her weekly “GH” Rundown, all in the General Hospital News Room.

The Young And The Restless:
Sad news. A former show actress is getting a divorce and a past “Y&R” guest star passed away. Go back to the late 80s when Paul Williams was sleeping with a client’s wife, and vote in our Throwback Thursday Poll. Then read Candace’s weekly Restless Rant to see if you feel the same about what Billy’s illicit romp could mean in The Young And The Restless News Room.

Learn the most up-to-date celebrity scoops, Primetime updates, and even royal dish, like Prince Williams’ return to school, in Soaps.com’s Latest News Room.